THE MAN-EATING TREE — the atmospheric metal band featuring former SENTENCED drummer Vesa Ranta alongside current/former members of POISONBLACK, REFLEXION and EMBRAZE — has announced the addition of singer Antti Kumpulainen (pictured below) to the group's ranks.

Says Ranta: "For the last six months, we've been looking for a new singer to join our troops of doom. We were contacted by dozens of interested singers, from Finland and abroad. Vocal samples were thoroughly listened, and we really wanted to take our time and dig into it.

"We were taken by surprise that eventually the suitable singer was found from our home town Oulu.

"Our new singer, Antti Kumpulainen, has a long history as a singer in various groups. His personal sound, sense for melodies and the ability to create good lyrics impressed us.

"Being in a band means you have to be able to work together and that there has to be a certain chemistry on a personal level. We used a lot of time to be absolutely sure that we were making the right decision. We wanted a singer who is ready to work hard and most importantly has the passion for whatever is needed.

"Replacing the lead singer is always a huge thing for the band and we're aware that getting used to this kind of a change will take some time. Nevertheless, we are absolutely sure that this is the right path we're taking. We've already composed all material for our third album and it looks like we're going to studio in the next months. More news coming soon."

Adds THE MAN-EATING TREE guitarist Janne Markus: "I've known Antti for a really long time and we actually have made some music before. Antti's personality and singing style are really a perfect match with THE MAN-EATING TREE sound, which in fact is becoming heavier in many ways. You can definitely recognize the same old THE MAN-EATING TREE sound, but we're reinventing ourselves so our sound is getting some new shape too. It seems that the most obvious choice can sometimes be found closer than one might think."

States Kumpulainen: "First of all, I must say that it's a pleasure to join THE MAN-EATING TREE. These past few months I've spent with these happy fellows have already shown a glimpse of some great, exciting things to come.

"For me, it was easy to start working with the band in such an open and inspiring atmosphere and not least because I've felt truly welcome from the very beginning. The songwriting has been relaxed and natural, where everybody feels free to express their thoughts about the songs.

"All I can say about the vocals is that my singing will differ a bit from what has been heard on the last THE MAN-EATING TREE records. I'm not trying to copy anything that has been already done, just adding a new element to our sound. I'm sure this all natural progression will be reflected as a truly honest and emotional ride. Expect nothing less. Simply put, I can only say that I feel extremely happy to be a part of THE MAN-EATING TREE."

THE MAN-EATING TREE is:

THE MAN-EATING TREE's sophomore album, "Harvest", was released in November 2011 via Century Media Records. The CD was once again helmed by producer Hiili Hiilesmaa (HIM, SENTENCED, AMORPHIS) and marked the recording debut of guitarist Antti Karhu.

THE MAN-EATING TREE's debut album, "Vine", came out in Finland on September 22, 2010 via Cobra Records and in other territories through Century Media Records. 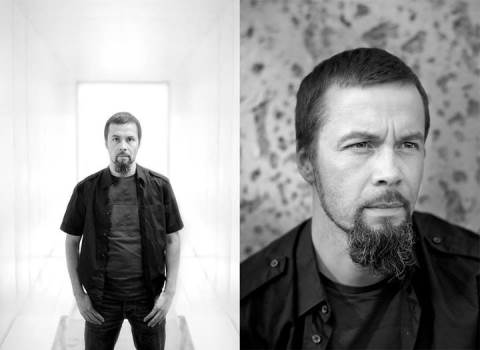