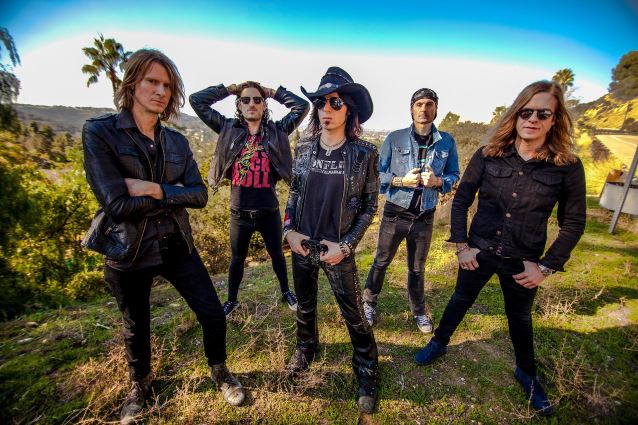 "Bloodthirsty", the new video from THE LAST VEGAS, can be seen below. THE LAST VEGAS guitarist Adam Arling says about the clip: "'Bloodthirsty' is a paranoid romp through Los Angeles's Valley and back-alleys. Shooting the video, Whitewall Jones (director) and the band sought out the darker side of L.A.; Hollywood Boulevard's side streets; and the flipside of your mind where it seems everyone is out to get you; perhaps your lover or even your own band. It's basically about going crazy."

"Bloodthirsty" is taken from THE LAST VEGAS's new album, "Eat Me", which will be released on March 18 via AFM Records. The CD marks the first time THE LAST VEGAS has collaborated with a European production team. Being longtime fans of Scandinavian rock production and influenced by records from THE HELLACOPTERS, TURBONEGRO, NOMADS and more, THE LAST VEGAS were thrilled with a new approach in making an modern-day album; and the results of the inter-continental experiment.

"There's a lot of feeling in this record," says guitarist Adam Arling. "It's fascinating what you can express musically when you record songs quickly, never second-guessing your gut instinct. We found the soul in rock 'n' roll; from both Chicago and Stockholm. But let's not get too serious. I mean, the album is called 'Eat Me' after all."

THE LAST VEGAS tracked "Eat Me" at Johnny K's hit-making Groovemaster Studios in Chicago, a spot familiar to the band where they recorded critically acclaimed "Bad Decisions" and 2013's "Sweet Salvation".

The fast pace worked to the band's favor; as they adopted a "first-thought, best-
thought, only-thought" approach.

"We gathered some favorite demos lying around, added a few fresh ideas and rehearsed the hell out of the songs for about eight days," says singer Chad Cherry. "We were tracking vocals up through the night I left for L.A. We recorded, like, twelve songs in about eleven hours at Groovemaster, and it felt like we were making our first album again. It was awesome."

THE LAST VEGAS initially decided to self-produce "Eat Me" after working with some industry heavyweights (2010's "Whatever Gets You Off" with Nikki Sixx; 2012's "Bad Decisions" with Johnny K; 2013's "Sweet Salvation" with Roy Z). And, luckily, their vision was perfectly complemented by a musical contact Nathan Arling came across while in Sweden filming the "Allt For Sverige" TV series. Engineer/producer Chris Laney mixed the album in Stockholm, Sweden, song by song, as THE LAST VEGAS fed him sessions built in Chicago at the THE LAST VEGAS studio space. 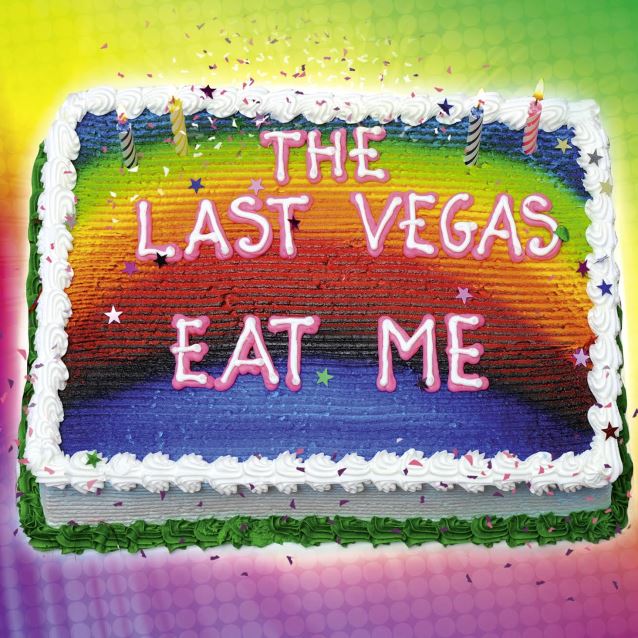