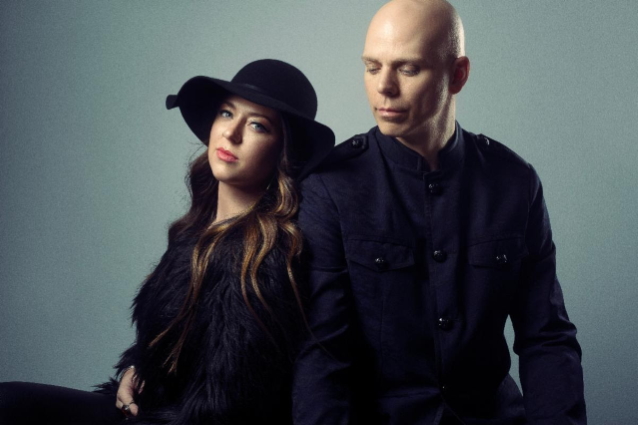 Josh Rand, multi-instrumentalist, veteran songwriter and long-tenured guitarist of the Grammy-nominated rock outfit STONE SOUR, and his THE L.I.F.E. PROJECT partner, co-songwriter and vocalist Casandra Carson, have dropped a new song, "Ignite". It is the second track to be released from THE L.I.F.E. PROJECT's debut, self-titled EP, which will be released on July 9. Pre-orders are available now exclusively here. Vinyl, CD and cassettes are all hand signed and numbered with an exclusive gold variant available only from Nuclear Blast and an exclusive glow in the dark variant available only from MerchNow.

"Ignite" is accompanied by a lyric video and pays homage to the heavy riffing of KORN thanks to the special guitar Rand used to play the song. In his own words, he says: "'Ignite' is the first time I've written and recorded a song with a seven-string guitar. I got this guitar in a trade with Munky from KORN when we were out on tour with them 2017. I gave the song a KORN-like vibe in the main riff as an homage to the band."

Speaking on the lyrical content of the song, Casandra adds: "'Ignite' is all about allowing yourself to be happy. Personally, sometimes I feel bad about doing well or having success when the people I love are having a rough time."

"Ignite" follows THE L.I.F.E. PROJECT's debut release "The Nothingness" which was featured on several major playlists across streaming platforms, including "Rock Hard" on Spotify, "Breaking Metal" on Apple Music, "Break Through Rock" on Amazon and "Metal Radar" on Deezer. The track was also included on SiriusXM Octane's Test Drive the week it was released.

Nurturing the project from concept to execution, the instrumentation was written, arranged, recorded and produced by Rand in his home studio and mixed by Josh Wilbur (KORN, MEGADETH, LAMB OF GOD, PARKWAY DRIVE). Completing the collaborative effort with the addition of Carson, THE L.I.F.E. PROJECT presents an important milestone in an already decorated career for Rand, one that was punctuated with the addition of a one-of-a-kind vocal lead that understood how to compliment the music with her lyrical pen. The resulting introduction of THE L.I.F.E. PROJECT is a five-track EP that offers a complete presentation of a songwriter asserting his stride after more than two decades steeped in his craft. Building off the sonic stamp he established during his six albums, twenty-year tenure with STONE SOUR, Rand's current iteration holds true to his track record, without relying on it, all while penning a new chapter in his artistic anthology.

Stylistically, THE L.I.F.E. PROJECT is a fluid combination of classic metal sensibility and Rand's penchant for pushing the boundaries of contemporary heavy. From the ethereal, cinematic soundscape of the piano-latent ballad in "Worthwhile" to the sonic sledgehammer of "A World On Fire", the broad spectrum resonates as especially impressive. Between Rand's instrumental framework, accentuated by Carson's ability to articulate poignant stanzas, THE L.I.F.E. PROJECT remains a passion project culminating in perfect collaboration.

STONE SOUR has been off the road and out of sight since completing the touring cycle for its 2017 LP "Hydrograd". Singer Corey Taylor has been working with SLIPKNOT since then, recording and touring behind that group's sixth effort, "We Are Not Your Kind". He also released his debut solo album, CMFT", last October. Rand has been promoting STONE SOUR's new live album, "Hello, You Bastards: Live In Reno", which came out in December 2019.

Last August, Corey said that he was open to doing more recording and touring with STONE SOUR at some point down the line. Asked if there is "a future" for STONE SOUR or if it's "kind of up in the air," Corey told SiriusXM's "Trunk Nation Virtual Invasion": "It's kind of up in the air. I'm certainly not mad at STONE SOUR. [My solo album] is just something that has my attention; this is what I wanna do for a while.

"There's been some contention here and there, in the past — nothing that I'm gonna get into too much detail about — but it was just time for me to step away and do [the solo thing] for a while," he continued. "It was time for me to kind of do something different, and do it in a way that doesn't have the connotations of either band, to be honest.

"I'll never say never, because, obviously, the best way to make God laugh is to announce your plans out loud," he added. "But this is what my focus is right now."

Corey's latest comments echo those he made in June, when he told SiriusXM's "Trunk Nation With Eddie Trunk": "Yeah, [STONE SOUR is] kind of [on] the backburner right now. We all kind of felt that we did exactly what we wanted to do on 'Hydrograd' [album] and we're just giving it a minute. I talked to the guys in the band about the solo thing and what I wanted to do, and they were all totally onboard with it. Everybody else has kind of got things going on, so they're all cool. Josh is actually working on a solo thing of his own, which is great. So, yeah, I think STONE SOUR is kind of on hiatus right now, which is fine. If someday we wanna get back together and do some stuff, it'll be bigger than it was. But for right now, we're all kind of focused on kind of doing our own thing. But you never say never in this business." 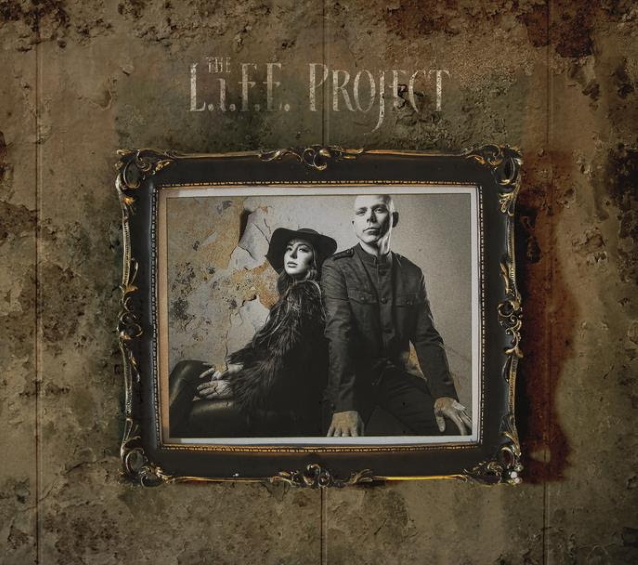