Swedish rock and roll band THE HELLACOPTERS will release a new single, "Darling Darling", on September 5 with exclusive B-side "Baby Come". It will be made available as a CD-single and on seven-inch vinyl.

Revolution-Music.dk conducted an interview with Nicke Andersson (vocals, guitar) and Robert Eriksson (drums) of THE HELLACOPTERS at this year's Roskilde Festival, which was held July 3-6 in Roskilde, Denmark. Download the 13-minute audio file at this location (3 MB).

The group's "final" studio album, a collection of covers entitled "Head Off", was released in April. The CD, which entered the Swedish national chart at position No. 4, was once again produced by Chips Kiesby (THE NOMADS, SATOR, THE TURPENTINES) and mixed by Henryk Lipp. 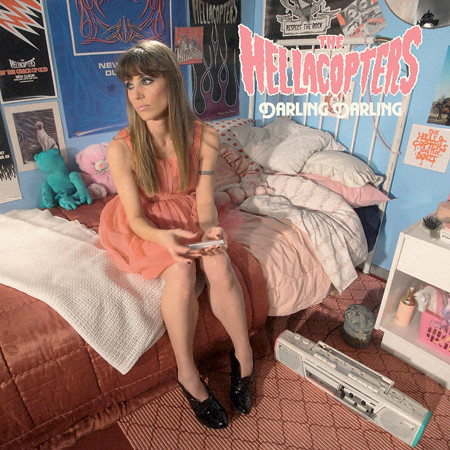