Premium Publishing has just released "The Heaviest Encyclopedia Of Swedish Hard Rock And Heavy Metal Ever!"

The title may be cocky, but this is the biggest and most comprehensive book about Swedish hard rock and heavy metal ever made. The book weighs almost 4 kilograms (8.5 pounds) and features over 3,600 Swedish hard rock bands, from the fluffiest AOR to the blackest metal, with detailed descriptions on 912 full-color pages. It includes biographies, member information, hometowns, description of the bands' sounds and styles, detailed discographies with various pressings and formats, artworks and also a price indication guide. Besides a geographical index, the book also contains a name index with over 11,700 Swedish hard rock and metal musicians. All this is topped with never-before-published photos.

"The Heaviest Encyclopedia Of Swedish Hard Rock And Heavy Metal Ever!" comes with exclusive bonus CD featuring previously unreleased recordings by musicians who are or have been in bands like THE POODLES, HAMMERFALL, 220 VOLT, HEAVY LOAD, F.K.Ü, CANDLEMASS, THERION and TALISMAN.

Janne Stark started his musical career in the mid-Seventies, made his recording debut with the band PARADIZE in 1980 and formed one of the first classic heavy metal bands in Sweden, OVERDRIVE, the same year. In the mid-Eighties, he started writing reviews for local publications and in 1990 he became a staff writer for Backstage magazine. Janne has since written for such publications as Hard Roxx, Sweden Rock Magazine, Metal Zone, Kool Kat and FUZZ Guitar, which he still writes for. In 1996, Janne's first encyclopedia, "The Encyclopedia Of Swedish Hard Rock And Heavy Metal 1970-1996", was released. 2002 saw the arrival of the follow-up, "Volume 2", where another 600 bands were added. Janne has since continuously compiled material for the third edition, which has now been made available. 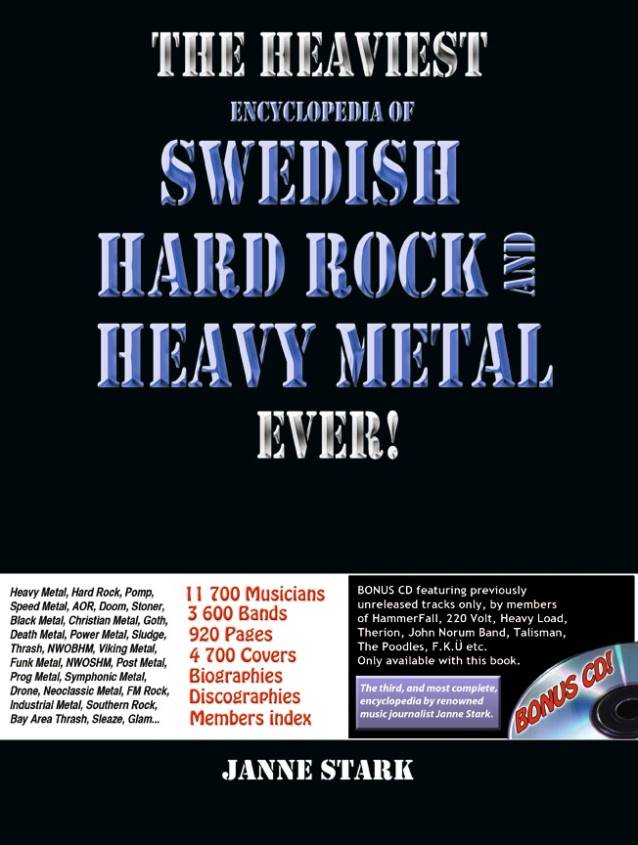