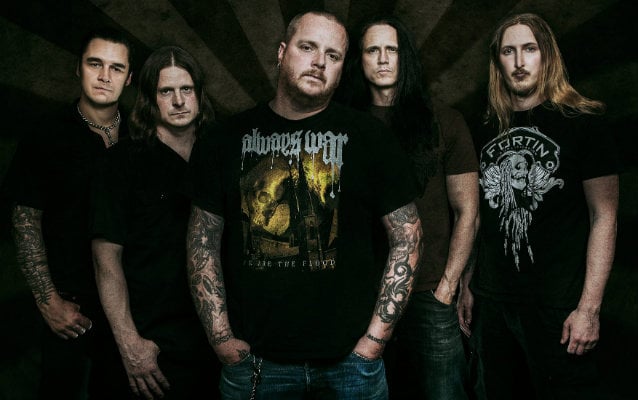 Kyle McGinn of DeadRhetoric.com recently conducted an interview with Marco Aro of Swedish metallers THE HAUNTED. A few excerpts from the chat follow below.

DeadRhetoric.com: You've been pretty busy since you left THE HAUNTED originally, with FACE DOWN and THE RESISTANCE. How did it feel to get back into the studio with THE HAUNTED?

DeadRhetoric.com: I know there are a lot of people that were upset that you left THE HAUNTED and have been waiting a long time for you to return. How did the band decide the direction you would take with "Exit Wounds"?

Aro: There's always going to be a Marco camp and a Peter camp. Even back then there were die-hards in each direction. We are still really good friends with [former THE HAUNTED members] Peter [Dolving, vocals] and Anders [Björler, guitar] and Per [Möller Jensen, drums]; there's no animosity. When we decided to do this album, we were thinking about where we would pick up from. Would we go down a road similar to "The Unseen" or would we do something else? And then Ola [Englund, guitar] wrote a song called "Kill The Light", and that was the song that made us say, "This is the road we are going to take." He wrote that song out of a pure fan perspective, since he is the only member of the band that has no previous history with THE HAUNTED.

DeadRhetoric.com: If you had heard a different song, one that was less aggressive, would you still have joined with THE HAUNTED again?

Aro: Yes, because they've always been really good friends and I've missed them. I didn't really keep track of what they were doing when I wasn't in the band. When we were rehearsing for the live set, there were a few songs that I had never heard before. The live set that we do now incorporates 2-3 songs from each album just to give everyone a taste of their own. We are doing "No Compromise", "The Flood", "The Medication", "All Against All", "99" and "Guilt Trip". I had never heard "Guilt Trip", "The Flood" and "The Medication" before so it was a neat experience to get acquainted with that era of THE HAUNTED.

DeadRhetoric.com: Does the album title, "Exit Wounds", stem from THE HAUNTED losing so many members in 2012?

Aro: It's actually a tribute to the people that left because they were talented musicians and big personalities, so it left gaping wounds in the band, both in the personal and professional sense. It was originally going to be called "Songs From The Exit Wound", but we remembered the NAPALM DEATH album ["Words From The Exit Wound"] so we just decided on "Exit Wounds". They left a big hole in the band, and we are trying to fill it as best we can, and I believe we pulled it off.

DeadRhetoric.com: A lot of the guys in THE HAUNTED have been coming out lately about having to work steady jobs outside of the music industry and that it's harder to get out and tour. What are you doing outside of THE HAUNTED/THE RESISTANCE?

Aro: I've always been a metal worker; a construction worker/blacksmith. The thing about this time around is that we all have jobs so our lives don't depend on THE HAUNTED anymore; we can do it just for fun. We don't need to do it to put food on the table. Music is supposed to be fun. It's not supposed to be a must. Once it becomes a must, you can tell. We don't ever want to be that band that is doing their job and you can tell from a mile away. We are doing this for fun, and once it becomes a must, we need to sit down and take stock in it all and reconsider what the point is that we are missing. 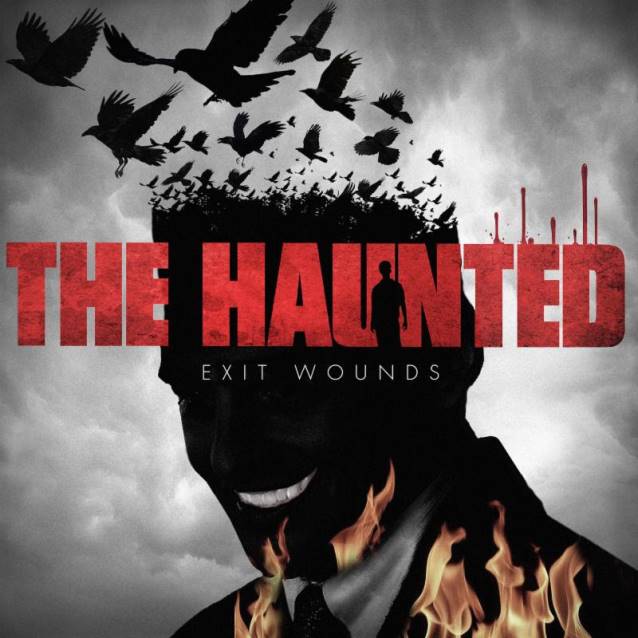