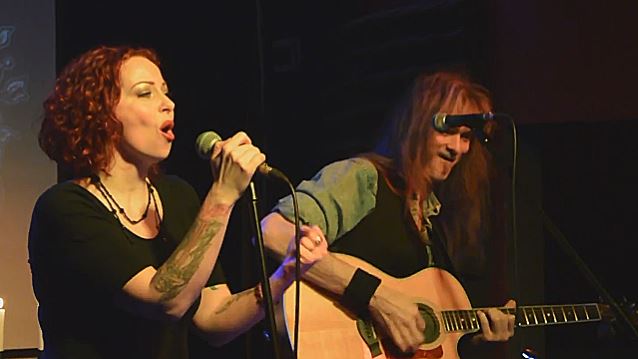 Fan-filmed video footage of THE GENTLE STORM, the collaboration between AYREON mastermind Arjen Lucassen and former THE GATHERING singer Anneke Van Giersbergen, performing an acoustic set on February 28 in Poznań, Poland can be seen below.

THE GENTLE STORM's debut album, "The Diary", will be released on March 25 via InsideOut Music.

THE GENTLE STORM's album release will be followed by live dates through the spring and summer European festival season.

Known for touring extensively year after year, Anneke will take THE GENTLE STORM on the road backed by well known Dutch talents. Arjen, however, will not be part of the live production. 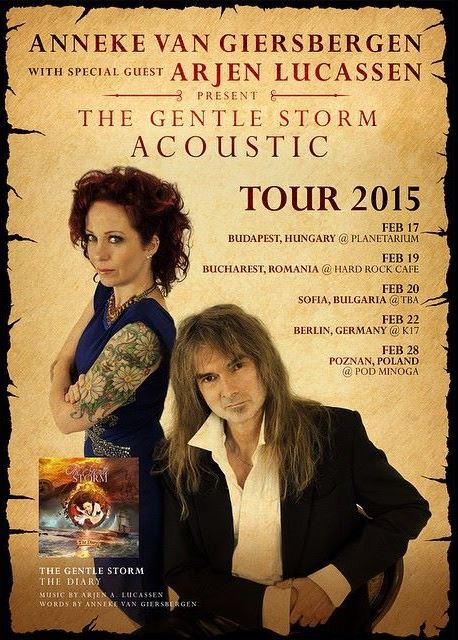