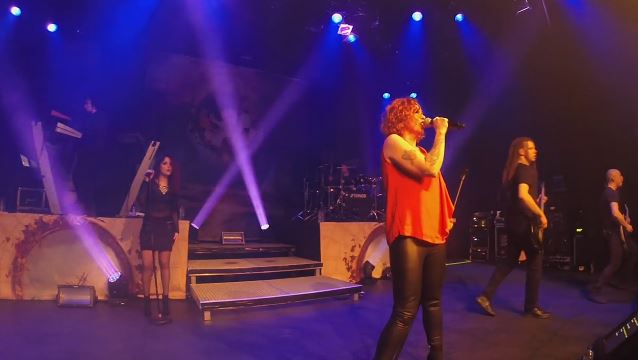 "The Storm", the new video from THE GENTLE STORM, the collaboration between AYREON mastermind Arjen Lucassen and former THE GATHERING singer Anneke Van Giersbergen, can be seen below. The clip was filmed on April 3 at Hedon in Zwolle, The Netherlands and features footage captured by the bandmembers themselves on GoPro cameras.

"Since I'm not playing in the band, I can safely brag about them without sounding arrogant.

"Really impressive, so tight and such great stage presence... I'm proud of each and every one of them. I could only dream of our songs being represented live like this. Well done!"

"The Storm" is taken from THE GENTLE STORM's debut album, "The Diary", which was released on March 25 via InsideOut Music.