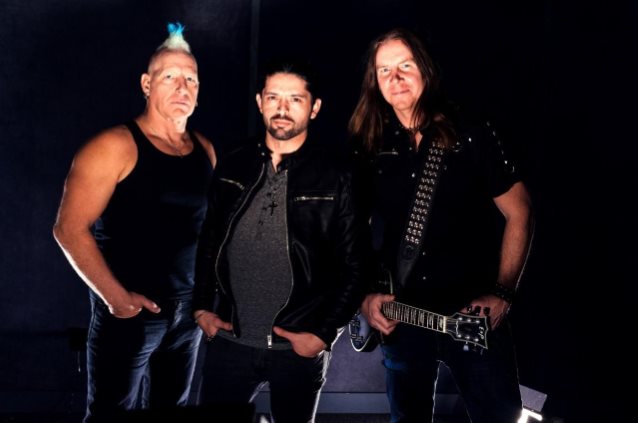 The official video for the song "Eyes On The Sky" from THE FERRYMEN, the new project featuring guitarist Magnus Karlsson (MAGNUS KARLSSON'S FREE FALL, PRIMAL FEAR), vocalist Ronnie Romero (LORDS OF BLACK, RAINBOW) and drummer Mike Terrana (TARJA, RAGE, AXEL RUDI PELL, VISION DIVINE), can be seen below. The track is taken from the band's self-titled debut album, which is being released today (Friday, June 2) via Frontiers Music Srl.

The songs for "The Ferrymen" were written by Karlsson in Sweden during the summer of 2016. Once Romero was sent the music via their main bands' shared label home Frontiers, he immediately wanted to be part of the project. Terrana was the last piece of the puzzle and he recorded his drums in Italy, where he currently resides.

The resulting album is a shot of adrenaline for all lovers of melodic metal! Musically, you can expect maximum melodic metal fusing the songwriting and epic structures of the great ALLEN/LANDE records (for which Magnus Karlsson was the main architect of the first three widely praised releases) with the Ronnie James Dio-esque vocal approach of Romero. (Let's not forget that Romero was hand-picked by DEEP PURPLE (1968-1976) and RAINBOW's legendary guitarist Ritchie Blackmore to be the lead vocalist for RAINBOW's recent reunion shows, so the Dio comparison is more than accurate!)

Says Magnus: "When I wrote this record, having Ronnie singing, I had no limits in mind with the lyrics. Ronnie could sing everything and I am also very proud of the songs."

Adds Romero: "I am used to working with LORDS OF BLACK in a certain straight style, but this record was very different and it was very exciting for me."

"Overall, I think it is one of the coolest and grooviest records I've ever done," concludes Terrana, a drummer with more than a hundred records under his belt!

With stunning artwork courtesy of Stan W. Decker and an outstanding mix courtesy of Simone Mularoni (of Italian prog metal masters DGM), "The Ferrymen" is an album which will take the metal world by storm in 2017. 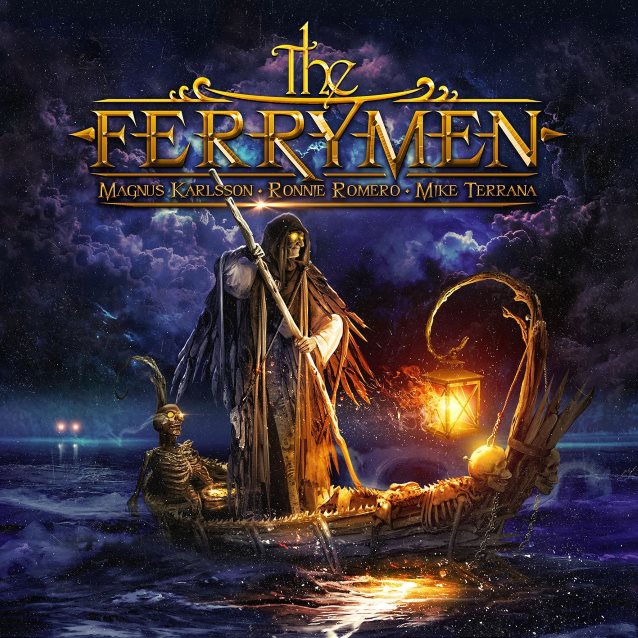