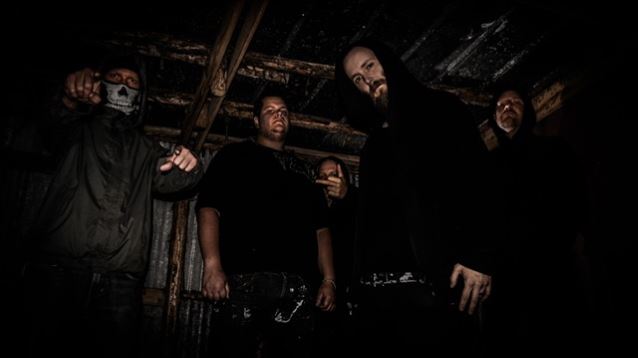 An eight-minute "studio teaser" for the forthcoming fifth album from Swedish metallers THE DUSKFALL can be seen below. The CD was recorded at Tico Tico Studio in Kemi, Finland and will be released later in the year via Apostasy Records.

According to a press release, THE DUSKFALL's new effort will contain "11 tracks of old-school, melodic metal,"and will be made available through pledges from the band's die-hard fans.

THE DUSKFALL's fourth album, "The Dying Wonders of the World", was released in the U.S. in August 2008 via Locomotive Records. The CD, which came out in Europe in October 2007 via Massacre, was recorded at Uppsala, Sweden's Dugout Studios (drums, vocals and the mix) by Daniel Bergstrand (IN FLAMES, DEFLESHED, DARK FUNERAL, BEHEMOTH, SOILWORK) and Promile Studios (guitars and bass) by Michael Hahne. It was mastered by Achim Köhler at Indiscreet Audio in Germany.