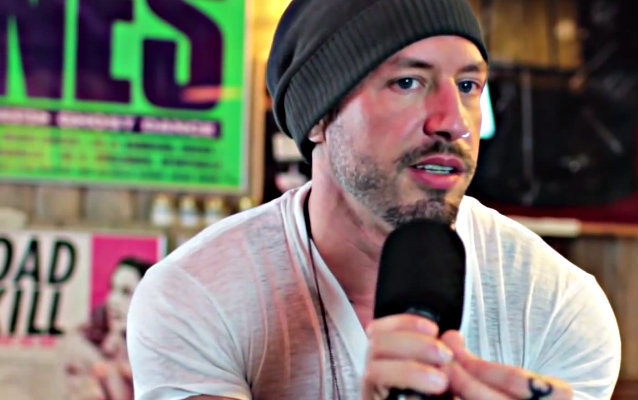 KILLER BE KILLED will release its self-titled debut album on May 13 (one day earlier internationally) via Nuclear Blast Entertainment. The CD was produced and mixed by Josh Wilbur, whose credits include work with GOJIRA, LAMB OF GOD, HATEBREED, AVENGED SEVENFOLD, ESCAPE THE FATE, P!NK and STEVE EARLE. Cover art and packaging was executed by Ryan Clark of Invisible Creature Design, the Grammy-nominated design firm whose clients include ALICE IN CHAINS, FOO FIGHTERS, CHRIS CORNELL, DEVILDRIVER, MONSTER MAGNET, WOLFMOTHER and DEMON HUNTER.

The songs "Wings Of Feather And Wax" and "Face Down" can be streamed in the YouTube clip below.