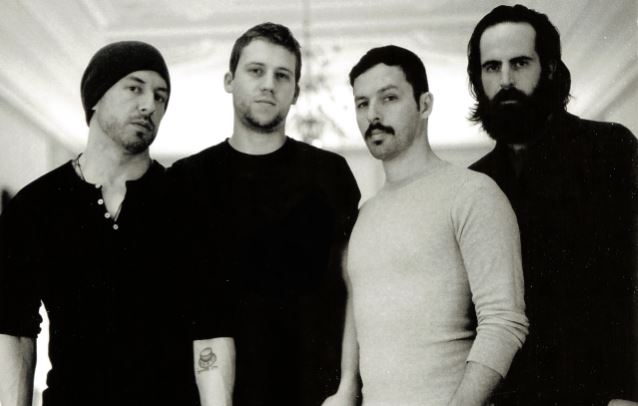 "Calculating Infinity", the band's landmark debut, has not seen a vinyl release in 15 years (outside of a very limited picture disk printing in 2000), and will now be pressed on three exclusive colors. THE DILLINGER ESCAPE PLAN's breakthrough 2004 record "Miss Machine", which put the band on the map for mainstream and underground audiences alike, has not been pressed on vinyl in more than ten years, while the band's experimental 2007 full-length "Ire Works" will be repressed for the first time on vinyl in over eight years. Both "Miss Machine" and "Ire Works" will also be printed on three exclusive colors.

The reissues are set for worldwide release on November 27, and will also include full album digital download codes. Preorders for all of the editions can be currently found here. All three albums can be streamed via Bandcamp: "Calculating Infinity" can be heard here, "Miss Machine" can be streamed here, and "Ire Works" is available here. 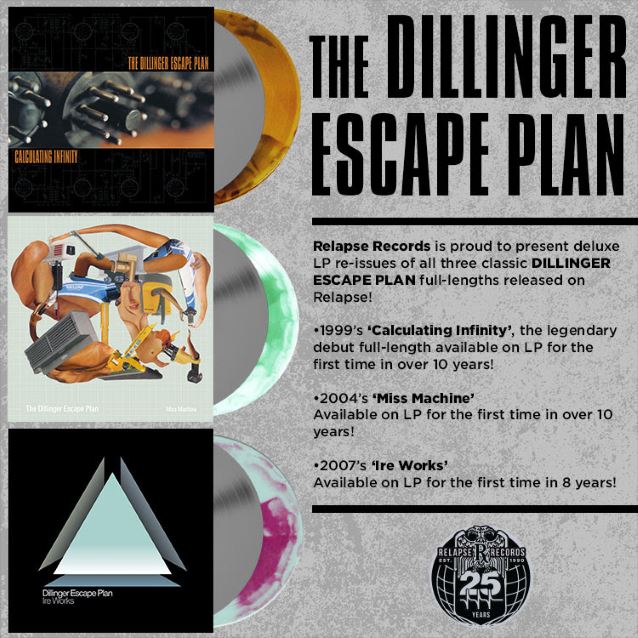