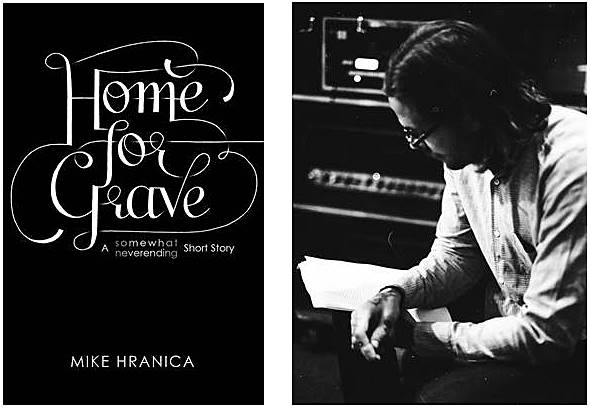 Mike Hranica, frontman of metal titans THE DEVIL WEARS PRADA, has announced the release of his brand new book, "Home For Grave", a fictional story inspired by the song “Home For Grave” off the band's latest record "8:18". Hranica revealed the news earlier today in an exclusive question-and-answer session with Billboard, discussing the tragedy of routine in everyday life and the inspiration behind his new literary work. "Home For Grave" tells the tale of Ian Mitchells and his journey from birth to death, exploring the empty existence of the normal man. A limited 1,818 copies of "Home For Grave" are available now at www.mikehranica.com and will be available for purchase on THE DEVIL WEARS PRADA's upcoming headline tour which kicks off on Thursday, October 31 in front of a sold-out crowd at Millvale, Pennsylvania's Mr. Smalls Theatre.

THE DEVIL WEARS PRADA's upcoming North American headline trek, titled "The 8:18 Tour", celebrates the release of the band's critically acclaimed new album "8:18" and will see the group accompanied by THE GHOST INSIDE, VOLUMES and TEXAS IN JULY. The coast-to-coast run is set to traverse North America through the end of December where it will eventually wrap up in Toronto, Ontario at the Phoenix Concert Theatre on December 20. Tickets for all dates are on sale now. Hranica commented, "We're really excited to debut more material live. For me, '8:18' is meant to reflect a live sense of vocals, so doing another headline tour like this is going to be excellent."

"8:18" sold around 16,000 copies in the United States in its first week of release to debut at position No. 20 on The Billboard 200 chart. The CD arrived in stores on September 17 via Roadrunner.