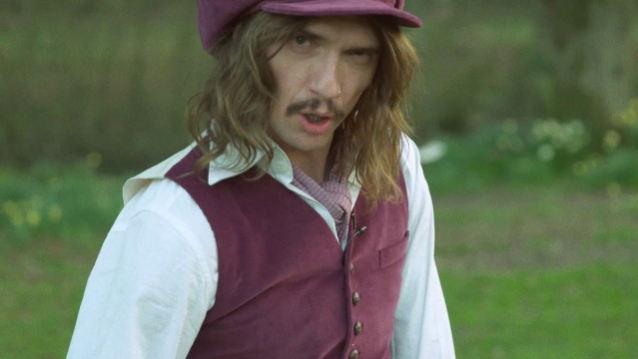 THE DARKNESS frontman Justin Hawkins has defended GRETA VAN FLEET over accusations that the Michigan rockers have ripped off LED ZEPPELIN.

During a recent interview with Classic Rock magazine, Justin was asked for his opinion of GRETA VAN FLEET.

"The timbre of Josh Kiszka's voice is so similar to Robert Plant's that you can't help but be excited when you hear him sing," he said.

"There's lots of potential for them to be as amazing as LED ZEPPELIN, but they're going to need some better songs.

"When something like this comes along and everyone gets excited, it shows you how little we have to offer as a genre. That's not to slag them off, because I think they have the potential to be amazing.

"They could be the next phase of what LED ZEPPELIN should have been doing. There's nothing wrong with adopting classic rock choreography and clothes, but you have to kick on from there."