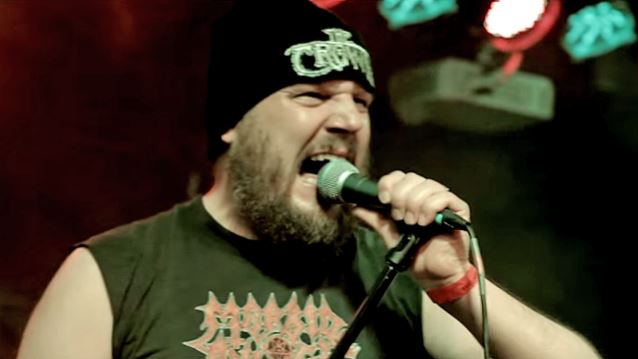 "Iblis Bane", the new video from reactivated Swedish death/thrash metallers THE CROWN, can be seen below. The song is taken from the band's latest studio album, "Death Is Not Dead", which was released in January 2015. The CD's cover artwork was created by Björn Gosses of Killustrations.

Said the band: "'Death Is Not Dead' is something that we're extremely proud of. We have definitely done our best to produce a death metal classic."

THE CROWN in 2014 parted ways with drummer Janne Saarenpää and replaced him with Henrik Axelsson. They also announced the addition of guitarist Robin Sörqvist (IMPIOUS) to the group's ranks.