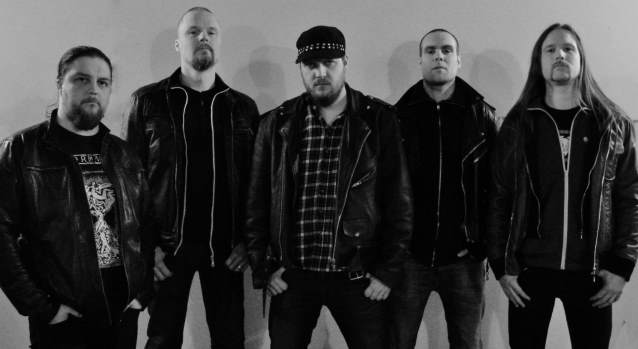 Reactivated Swedish death/thrash metallers THE CROWN are contining work on their new album for a late 2014 release.

A new video clip from the studio, featuring Johan Lindstrand laying down the vocals to a new track called "Death Is Not Dead" can be seen below.

THE CROWN's latest album, "Doomsday King", came out in September 2010 via Century Media Records. The CD was the group's first — and only — release to feature vocalist Jonas Stålhammar.