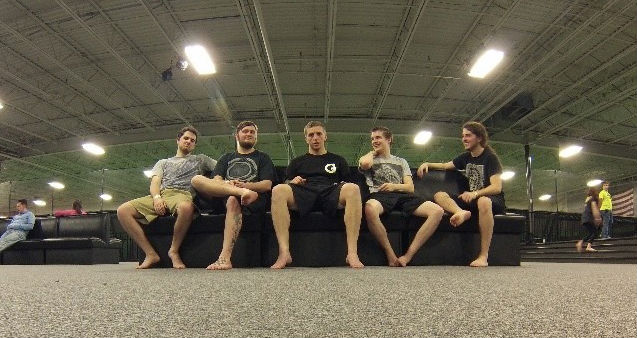 Heavy progressive rock band THE CONTORTIONIST will release an all new LP titled "Language" on September 16 via eOne Music/Good Fight Music. The band spent time with producer Jamie King (BETWEEN THE BURIED AND ME) at The Basement Recording studio in Winston-Salem, North Carolina. "Making this record from start to finish was quite an experience," says guitarist Robby Baca. "From the initial attempts at song writing to the tracking sessions with Jamie, it's an experience that I cant wait to share with everyone."

"Language" will be the third LP installment from the band and first with new vocalist Michael Lessard, who offers, "I'm beyond happy to share this album with people! The experience and result are something I'm very proud to have been a part of. I think this album will show how we've all progressed as writers and players."

The new effort will be the follow-up to the "Intrinsic", which came out in 2012 and featured the singles "Holomovement" and "Causality".

Over the last few years THE CONTORTIONIST has accumulated quite a touring resume. The band was able to share the stage with acts like THE FACELESS, BETWEEN THE BURIED AND ME, PROTEST THE HERO and DEFTONES.