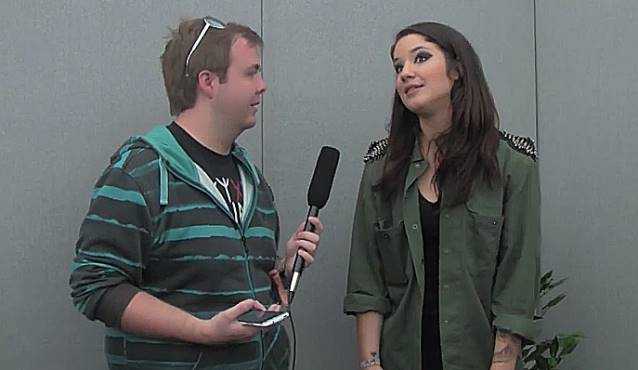 Hit The Floor magazine conducted an interview with vocalist Caroline Westendorp of Dutch metallers THE CHARM THE FURY at this year's Download festival, which took place June 13-15 at Donington Park in Leicestershire, United Kingdom. You can now watch the chat below.

THE CHARM THE FURY's new album, "A Shade Of My Former Self", was released on September 17, 2013 in North America via Pavement Entertainment and on September 16, 2013 in the rest of the world through Listenable Records.

Asked what the general reaction is from people towards THE CHARM THE FURY having a female screamer, Caroline told Muen Magazine: "They are all intrigued by it. Female screamers aren't new any more these days, but still people are very amazed by what you do. They just don't understand how such manly growls can come from a girl.

"When we first started out with the band and everything went quite fast, some people would say that was all 'just because we have a female screamer fronting the band.' That made me work harder, because I want to be great at what I do — while using a good technique, and really do my best job at our live gigs. I don't want to be ‘just a female screamer,' but a good one as well."

Regarding whether she thinks performing a THE CHARM THE FURY live show requires more emergy than playing other styles of music, Caroline said: "Yes, I definitely feel that it requires more energy than other genres. The songs are very uptempo and the shows have to be very energetic to get the audience off their feet. And while running around on stage, you also have to do your best at playing your instrument."

She continued: "I personally work out a lot: I like running and I've started doing kickboxing — which is so intense!

"Having a good stamina will enhance the quality of my live performance. No one wants to look at a singer that is constantly out of breath." 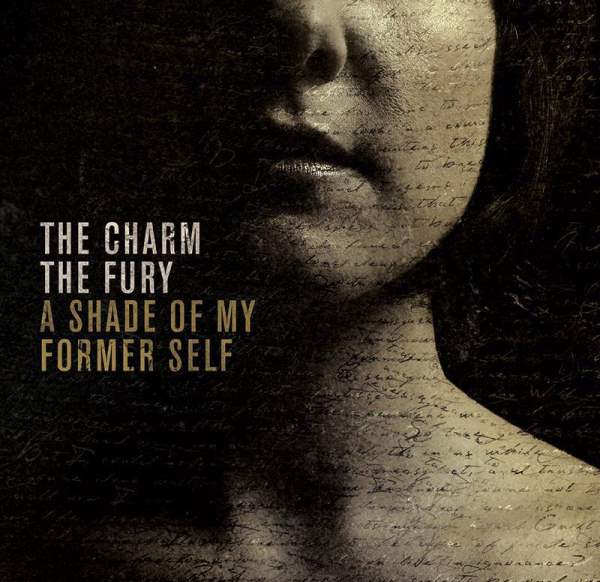