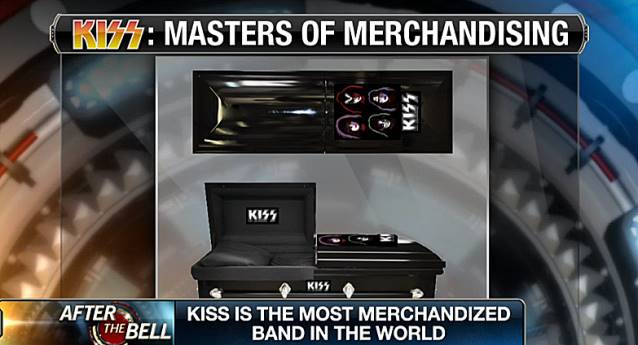 In a 2010 interview with CelebrityAccess, KISS' manager Doc McGhee, who has handled the careers of BON JOVI, MÖTLEY CRÜE and GUNS N' ROSES throughout the years, was asked how important ow important merchandising is to KISS' overall revenue. "It is a very important part because it gives me a guide that KISS is coming to where I want them to come as part of pop culture," he said. "It has become an American kind of band. I have M&Ms because their face is on them. Just recently on (ABC-TV's) 'Dancing With The Stars', they had one of the dancers dressed up as KISS, dancing to 'Rock And Roll All Nite'. My goal has always been to bring them up in the pop culture of this year; where people like them as though they are like Doritos. They might not mean that musically, because they have never really had a hit. The biggest hit was 'Beth', which was #7 (on Billboard's Hot 100 in 1976)."