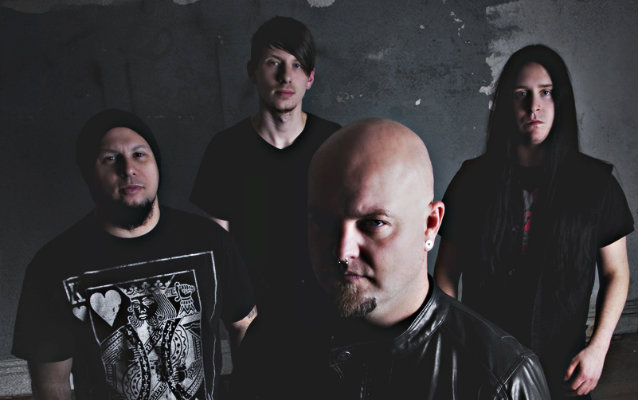 THE BLOODLINE, the Chicago-based metal band featuring members of BROKEN HOPE and DIVINE HERESY, has made a remixed version of a new song, "The Blackout", available for streaming in the YouTube clip below. The track was produced by Joel Wanasek and THE BLOODLINE and was enginered by Scott Creekmore at Mercenary Studios. It was mixed and mastered by Joel Wanasek at JTW Studios.

Says THE BLOODLINE: "We are beyond thrilled with the amazing feedback you all have given us on the release of 'Midnight'.

"Since the track's release, the plays keep going up and up!

"Thank you so much!

"We wanted to share something new for you all via our new YouTube page. So enjoy this new remixed version of our crushing debut, 'The Blackout'! We hope this new mix will make you love the song even more!"

Regarding their decision to put their former band, DIRGE WITHIN, to rest, THE BLOODLINE members previously said: "Once we began writing the new music, it truly took on a new life of its own, [and] all of us felt it was best to admit this is not DIRGE WITHIN in many ways. As well as the four of us do not want to limit ourselves in any form as musicians and from that THE BLOODLINE is born and this heart is pounding."