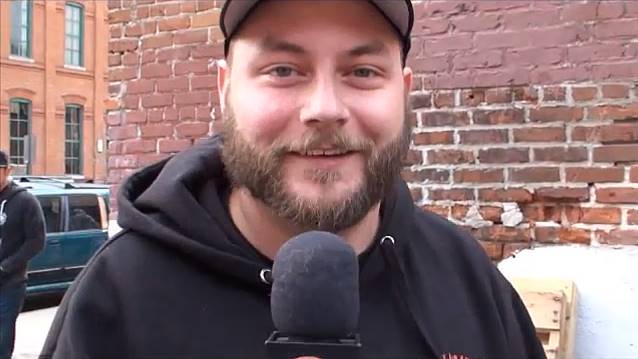 On April 2, Groovey of Groovey.TV conducted an interview with guitarist Brian Eschbach of Michigan's unstoppable sons of molten melodic death metal THE BLACK DAHLIA MURDER at Summit Music Hall in Denver, Colorado. You can now watch the chat below.