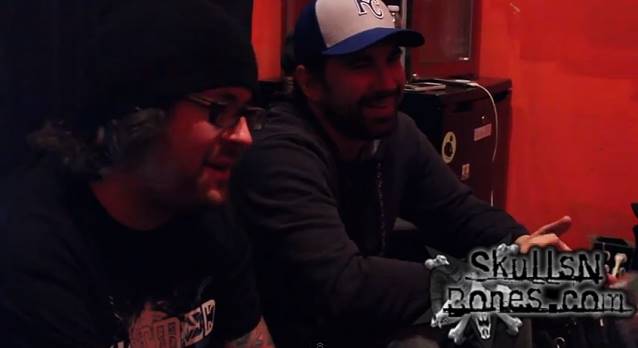 On October 29, Metal Mark of SkullsNBones.com conducted an interview with Trevor Strnad and Ryan Knight of THE BLACK DAHLIA MURDER in New York City. You can now watch the chat below.