THE BLACK CROWES and Bravado, Universal Music Group's leading global consumer, lifestyle and brand management company, have announced the launch of their first e-commerce merchandise shop in almost 10 years. The iconic rock band, whose quintuple platinum debut album, "Shake Your Money Maker", was released 30 years ago this year, have since released eight studio albums, four live albums and have sold over 35 million records.

The new site is set to launch with an assortment of new and classic designs from the band's storied history, which will be exclusive to the store and only available at this location.

After parting ways in 2013, rockstar brothers Chris and Rich Robinson shocked fans and rock journalists alike by publicizing their reunion late last year on "The Howard Stern Show". Announcing a brand-new North American tour, which has since been rescheduled to summer 2021 due to the global pandemic, THE BLACK CROWES will present "Shake Your Money Maker" played in its entirety plus all the hits.

This past April, Chris and Rich admitted that they were in no rush to jump back into the studio to make a new BLACK CROWES album.

Asked if he wants to make a new CROWES album, Chris said: "I don't know. Yeah. Maybe. I definitely think Rich and I will write songs together in our future. I don't know how, when and where. But if Rich has songs, I'm down to hear them and do what I do. But I don't think we can do that until we see how this [tour] goes."

Chris and Rich met for the first time in six years over breakfast at L.A.'s famed Chateau Marmont hotel in the early summer of 2019. The brothers brought their respective kids, marking their first time some of the cousins had ever met each other. "They're, like, 'Holy shit. We're having breakfast with Uncle Rich and my cousins. This has never happened in our lives,'" Chris recalled. "Shit like that will open your heart."

Chris went on to explain why the brothers decided to move ahead without any of the previous members of the CROWES in the band. "It was the first thing on the table," he said. "Rich and I agreed on it. We just want to start with a clean slate. I'm not putting the blame on anyone else, I'm responsible for my own negative interactions with the rest of the band. But we didn't want to trigger anything. One little thing, and you're back to fighting on the bus in 2006, you know what I mean?"

Rich also dismissed accusations that this reunion tour is nothing more than a cynical cash grab.

"If it was just about money, we'd have done it years ago when people were calling and saying, 'There's a lot of money on the table.'" Rich said. "I'm far more interested in having a relationship with my brother again." 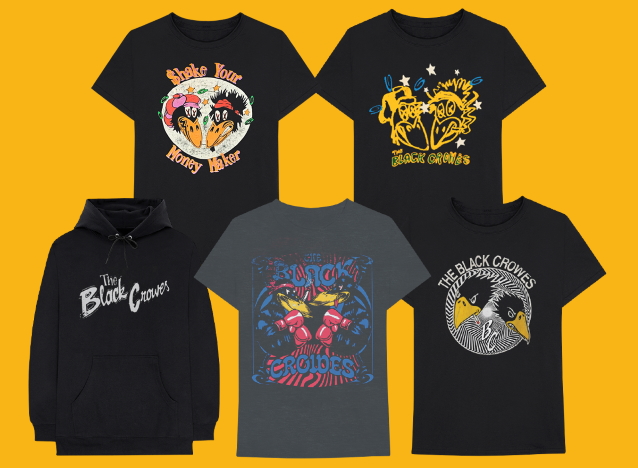