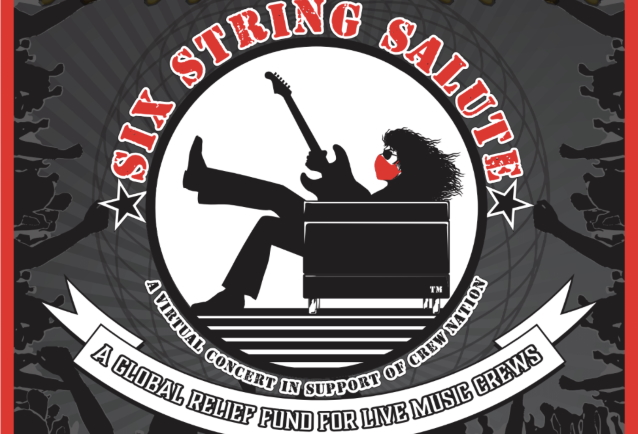 On September 17, "Six String Salute" will premiere a virtual concert to support and celebrate the touring and venue crews who are the backbone of live music and depend on shows to make a living. "Six String Salute" will bring together guitarists and guitar-centric bands to share exclusive performances and great rock and roll stories in support of Crew Nation, a global relief fund for live music crews.

The debut of the event will stream worldwide exclusively on Live Nation's YouTube channel and Live From Home platform, with 100% of net proceeds benefitting Crew Nation.

Artists confirmed to appear include:

Additionally, a number of crew members from prominent bands will also share their stories and tales from the road throughout the evening.

Limited-edition merchandise will be available with proceeds benefiting Crew Nation. Fans can also make a direct donation to Crew Nation via the event web site. Crew Nation is powered by Music Forward Foundation, a charitable 501c3 organization, which is administering the fund. 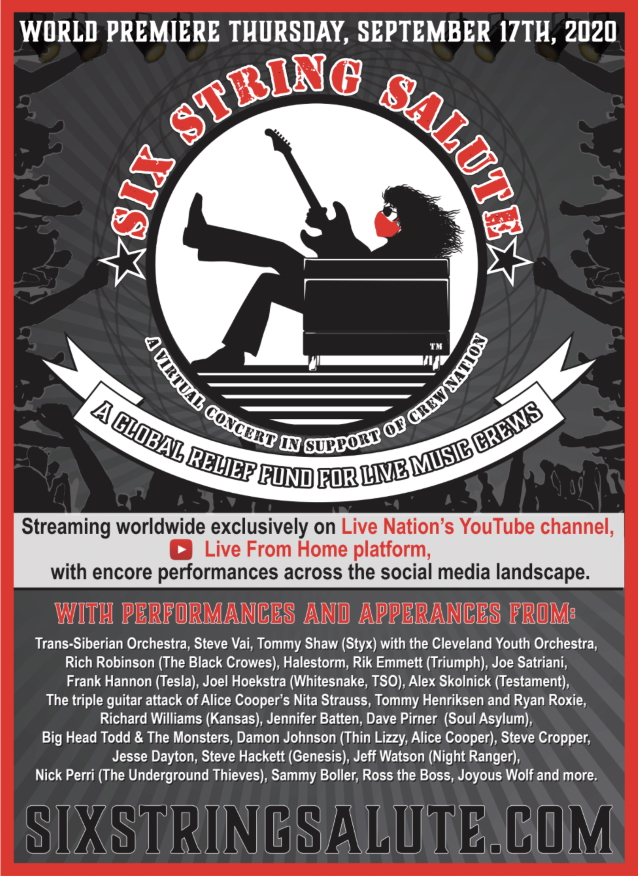