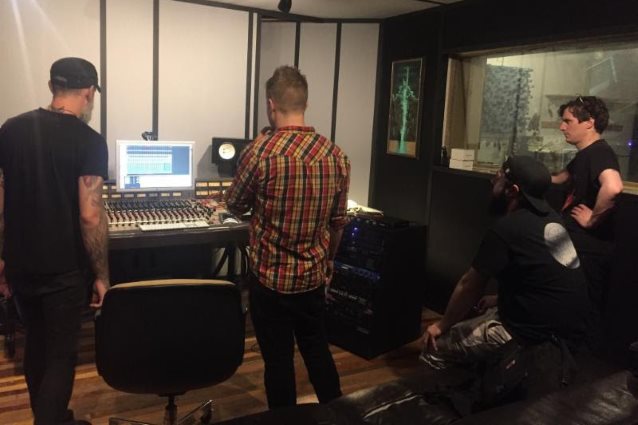 Chicago-based experimental metal band THE ATLAS MOTH has inked a deal with Prosthetic Records. Described by Pitchfork as having, "turned black metal torment into post-rock splendor, mid-tempo marches into alternate-universe alternative rock, and late-album comedowns into psychedelic dreamstates", the five-piece is augmenting their ever-evolving sound with producer Sanford Parker (VOIVOD, EYEHATEGOD) at the helm.

Vocalist/guitarist Stavros Giannopoulos comments on the signing: "We have nothing but the best things to say about our time with Profound Lore and we are equally excited to start our next chapter with Prosthetic Records!

"We are currently tracking our fourth full-length record, 'Coma Noir', in Chicago with Sanford Parker at the helm!

"We've known Sanford for many years and are stoked to have him be the first to produce a moth record outside of the band."

"Coma Noir" will be released in the fall.

THE ATLAS MOTH has released three full-length albums so far: "A Glorified Piece Of Blue Sky" (Candlelight), "An Ache For The Distance" (Profound Lore) and "The Old Believer" (Profound Lore), as well as numerous splits, EPs and singles. They have toured with GOJIRA, BORIS, BETWEEN THE BURIED AND ME, THE OCEAN, SCALE THE SUMMIT and many more throughout the world.

THE ATLAS MOTH is: