Straight off the road from a week with ABOUT A PLANE CRASH, Reading, U.K.based tech metal sextet THE ARUSHA ACCORD is preparing hit the studio to record its debut album. This highly anticipated follow-up to the critically acclaimed EP "Nightmares in the Ocean" (Basick) will be recorded at Outhouse Studios (ENTER SHIKARI, FUNERAL FOR A FRIEND, ARCHITECTS) throughout April. The as-yet-untitled CD will be "an evolution from the extreme controlled chaos heard on the EP," according to a press release. Guitarist James Clayton explains: "The new material tames the frenetic style heard on the 'Nightmares of the Ocean' EP and adds more groove and balance within the structures."

THE ARUSHA ACCORD is in the final stages of firming up a deal with a highly reputable European label that will release the record worldwide. The album and supporting video are expected to be released early summer.

Following last year's killer performance, THE ARUSHA ACCORD has been added to this year's Ghostfest at Rio's in Leeds, U.K. (in July 2009) and will also be supporting PROTEST THE HERO at the same venue on March 4.

Having recently joined The Legacy Agency's roster, THE ARUSHA ACCORD will be extensively touring the U.K., first off with LOWER THAN ATLANTIS and RANDOM CONFLICT in May.

James Clayton states: "We're taking three months off to prepare for this album, so the touring afterwards will be a huge reward and we're looking forward to playing some new venues and gaining new fans along the way. We're all really excited about sorting out sh*t with this new label and we hope to have some more open doors in new territories." 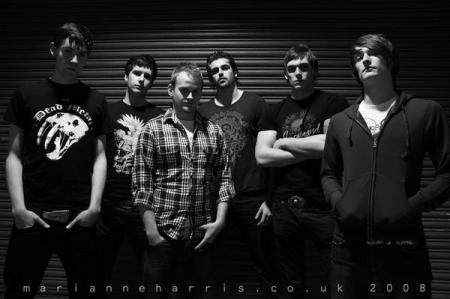