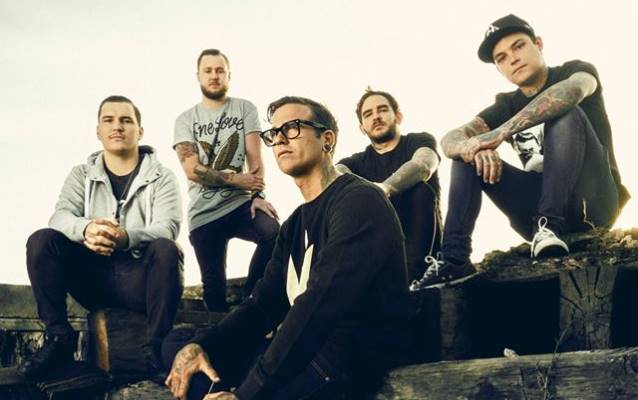 "Let The Ocean Take Me", the new album from Australian metalcore masters THE AMITY AFFLICTION, can be streamed in its entirety using the SoundCloud widget below. The CD will be released on June 10 via Roadrunner.

Urgent, aggressive, and remarkably cathartic, "Let The Ocean Take Me" is THE AMITY AFFLICTION at its most vital best. Recorded by producer Will Putney (WINDS OF PLAGUE, UPON A BURNING BODY) at guitarist Troy Brady's Evergreen Studios in Brisbane, the album pushes the band's signature post-hardcore approach to new heights of richness and diversity, providing the consummate aural partner to vocalist Joel Birch's increasingly more potent lyricism. Inspired in part by a near-death experience suffered during last year's Vans Warped Tour, songs like "Don't Lean On Me" and "FML" are fueled by desperate emotion and intense anxiety but achieve extraordinary transcendence through radical honesty and raw power.

"(The album) is about really trying to find a positive in my life again," Birch says. "Writing these songs was a very cathartic process, but I'm terrified of people listening to them and reading these lyrics because they'll know exactly what I'm thinking. I'm hiding nothing."

For more than a decade, THE AMITY AFFLICTION has used music to entertain while simultaneously confronting the very darkest edges of man's existence. "Severed Ties", the band's 2008 full-length debut, and 2010's follow-up, "Youngbloods", instantly established the band's twisted take, all revved-up rhythms, soaring melodies, and full-bore vocals coming together to fashion something provocative and distinct. "Let The Ocean Take Me" follows 2012's "Chasing Ghosts" which debuted at #1 on the Australian ARIA chart — the rare rock record to achieve that major milestone — and has since been certified gold.

THE AMITY AFFLICTION is: 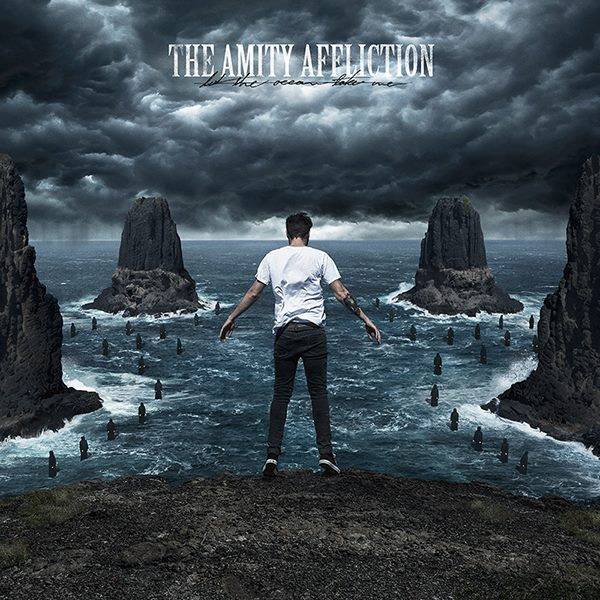