Australian extreme music collective THE AMENTA has begun streaming the first preview track from its long-awaited new album "n0n", entitled "Slave". Check it out at this location. The CD was mixed at The Vault Studios in Sydney, Australia with longtime engineer Lachlan Mitchell (NAZXUL). Mastering for the album took place at Studios 301 with Australia's premier mastering engineer Steve Smart.

THE AMENTA describes the new album's sound as a fusion of extreme metal, electronic noise and dub. The follow-up to 2004's "Occasus" will feature 12 tracks in total, with each song containing over 100 actual recorded tracks, pushing technology to its absolute limits.

According to a press release, "n0n" "sees THE AMENTA redefining extreme music. Rather than relying on the clichéd shit in which other bands are content wallow, THE AMENTA have constructed an album built on new ideas, new concepts, new sounds and new techniques. 'n0n' is the fusion of whitenoise, shards of dissonant guitars and dense layers of radio chatter. Lyrically, 'n0n' is a newscast, showing you the shit around you. Suicide bombers and evangelists, freeways and dead ends. 'n0n' stands as an indictment on today's media and technology addicted society."

Due on October 20 via Listenable Records, "n0n" will feature the following track listing: 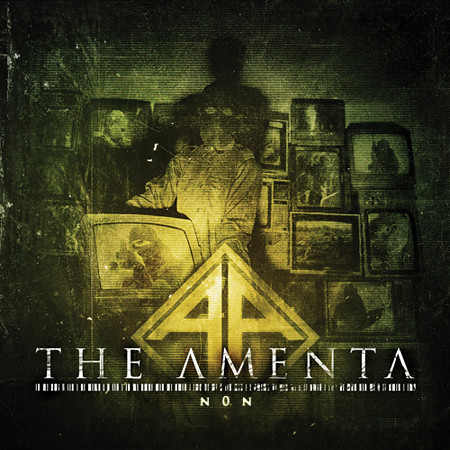