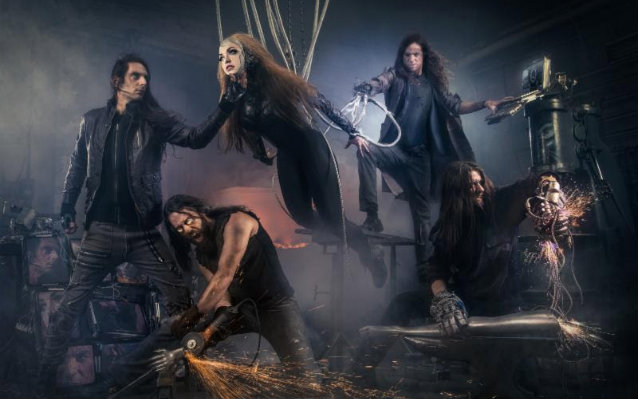 THE AGONIST guitarist Danny Marino says: "After working with Von Wong on our 'Prisoners' photo shoot, we knew he was the only one that could realize our vision for 'Disconnect Me'. It was an 18-hour shoot, but at the end of the day it was more than we could have hoped for."

THE AGONIST last week announced the addition of Vicky Psarakis to the group's ranks. Vicky joined THE AGONIST as the replacement for Alissa White-Gluz, who left the band to focus on her new gig as the frontwoman of ARCH ENEMY.

Commented THE AGONIST in a statement: "We announce that after three albums and countless tours, we officially part ways with vocalist Alissa White-Gluz. We wish Alissa all the best with ARCH ENEMY and her future endeavors.