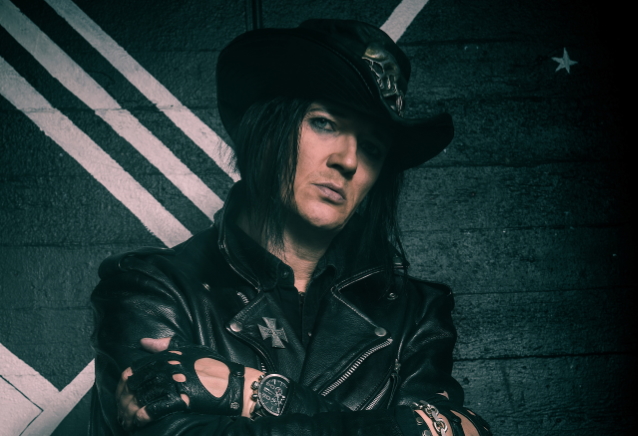 Possessing one of the most recognizable voices in all of modern metal, a deep, resonant croon that made Helsinki's goth/punk outfit THE 69 EYES a massively successful worldwide phenomenon, Jyrki 69 is having one hell of a year. He kicked things off with a killer new album, "Seven Year Itch", from his gothabilly project THE 69 CATS featuring rockabilly guitar slinger Danny B. Harvey, THE DAMNED's Rat Scabies and NEKROMANTIX leader Kim Nekroman. Later this month, he'll see his collaboration with German industrial music pioneer Jürgen Engler, a superb version of THE NEON JUDGMENT's "Chinese Black", get released on the DIE KRUPPS album "Songs From The Dark Side Of Heaven".

And now comes another collaboration from the Helsinki Vampire, this time on a dark and compelling rendition of JEFFERSON AIRPLANE's psychedelic classic "White Rabbit" performed with guitar virtuoso Steve Stevens, best known for his work with iconic rock superstar Billy Idol. Together this duo update the paisley groove of the original with rich, atmospheric guitars that build into a metallic frenzy of distorted power chords, all surrounding a bone-chillingly captivating vocal take from Mr. 69.

"I have never really mentioned this before but I am a huge JEFFERSON AIRPLANE fan," enthuses Jyrki 69. "Grace Slick is an amazing and beautiful person. JEFFERSON AIRPLANE is one of those bands whose albums I listen to all the time. I was very excited to record our cover version of this ultimate rock classic. We turned into psychedelic gothic rock and Steve Stevens is truly my all-time favorite guitarist! Welcome to My Rock'n'Roll Wonderland!"

The song is also being released on a very special collectible seven-inch with black-and-white splatter vinyl backed with a new composition that teams Jyrki up with U.K. goth rock visionaries ROSETTA STONE.

And be sure to check out the suitably creepy video for the track that makes use of a vintage, silent film version of the Lewis Carroll story that inspired "White Rabbit", a character in "Alice's Adventures In Wonderland". 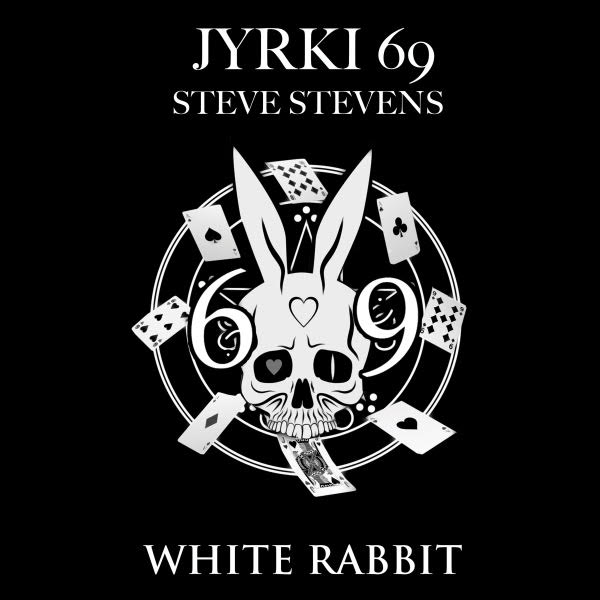