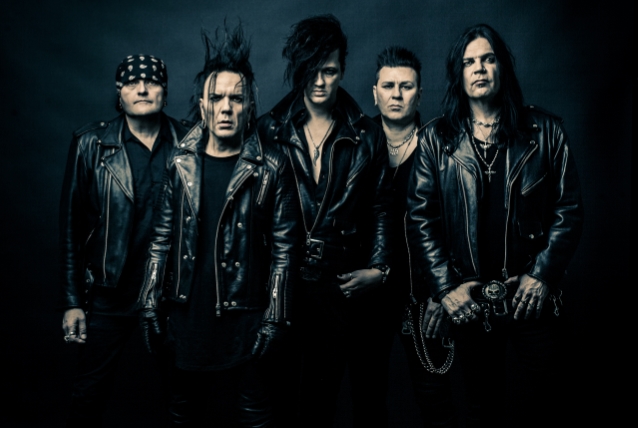 The last time that Finnish goth rock legends THE 69 EYES toured the United States was in 2009. As the band has been busy conducting business as usual, releasing albums and touring elsewhere, the U.S. has been waiting very long for the return of the Helsinki Vampires.

After recently teaming up with DEVILDRIVER frontman Dez Fafara and his wife Anahstasia's The Oracle Management, THE 69 EYES are ready to start a new chapter in their 30-year rock 'n' roll saga.

"Before releasing the new album, we're closing a chapter in our history by returning to the homeland of Elvis and the RAMONES," stated THE 69 EYES singer Jyrki 69. "We cannot wait to play in Memphis and New York and another 20 cities! It's been way too long. Feels like we're really back from the grave!"

THE 69 EYES tour dates with MXMS and THE NOCTURNAL AFFAIR:

THE 69 EYES is putting the finishing touches on its 12th studio album in Helsinki, Finland for a September release via Nuclear Blast. The first single from the disc will be out at the end of May.

THE 69 EYES' eleventh album, "Universal Monsters", was released in April 2016 via Nuclear Blast. 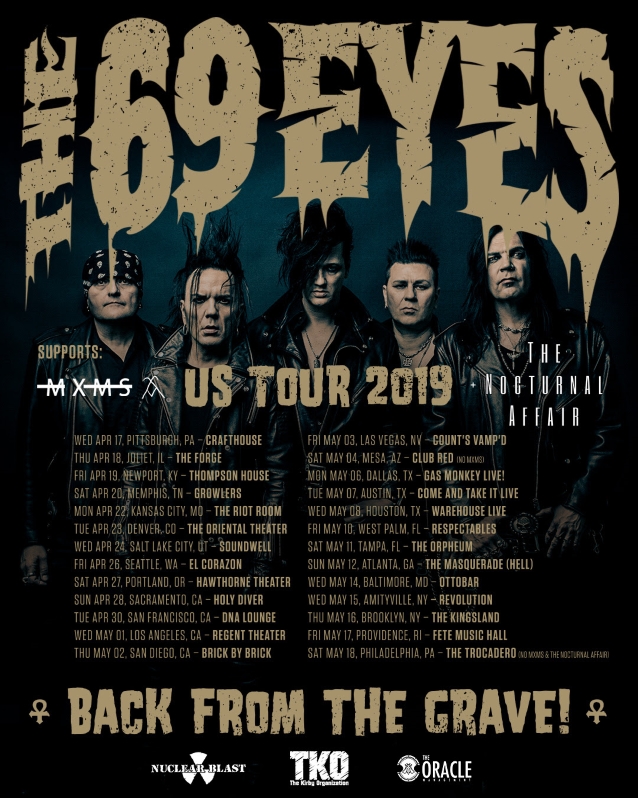