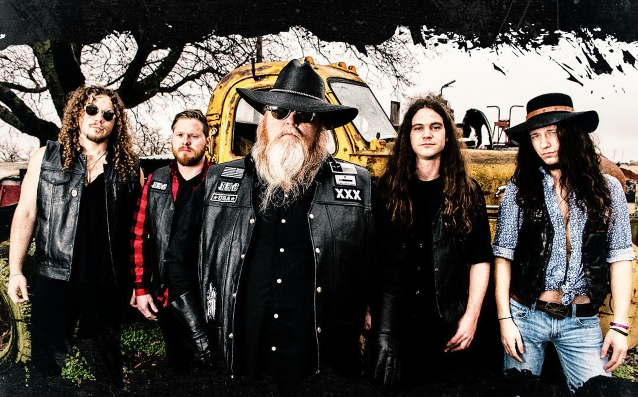 Entertainment One has signed the Denison, Texas rock band TEXAS HIPPIE COALITION to a worldwide deal. The group's new LP, "High In The Saddle", will be released on May 31. The first single from the disc, "Moonshine", can be streamed below. The song is also available as an iTunes instant-grat track, meaning fans who pre-order the album on iTunes will receive the track as an instant download.

"When you hear the word moonshine, the first thing that comes to mind is usually a mason jar filled with grandpa's creek water," says frontman Big Dad Ritch. "This is a different kind of moonshine."

"Many men throughout time have referred to their woman (sweet thang) as their sweet sunshine. Me being a creature of darkness and a lord of the night, I do all my dirty deeds under the moonlight. And when I talk about my baby girl, my sweet thang, I refer to her as my moonshine..."

"High In The Saddle" is a record full of unashamed, full-throttle ass kicking. It's the band's second pairing with producer Bob Marlette (BLACK STONE CHERRY, ROB ZOMBIE) and sixth album overall, on the heels of TEXAS HIPPIE COALITION's No. 2 Billboard Heatseekers slab "Dark Side Of Black".

Backyard barbeques, barroom brawls, tent revivals, and big rock festivals alike are suitable environments for the Red Dirt Metal of TEXAS HIPPIE COALITION, a band with a sound so devilishly electrifying that they had to come up with a new genre to describe it.

Ritch puts the band's evolution in Old West terms. "In the beginning, you're an outlaw looking for direction. You gotta get the best guys for the job behind you," he explains. "Now we know how to rob banks, how to rob stagecoaches, and how to rob trains.

"I'm just out to have fun, man," Ritch says with genuine modesty. "I never look at this as something I have to do. It's something I get to do. I just thank the Lord above that He has given me this talent that has allowed me to garner these wonderful things in life." 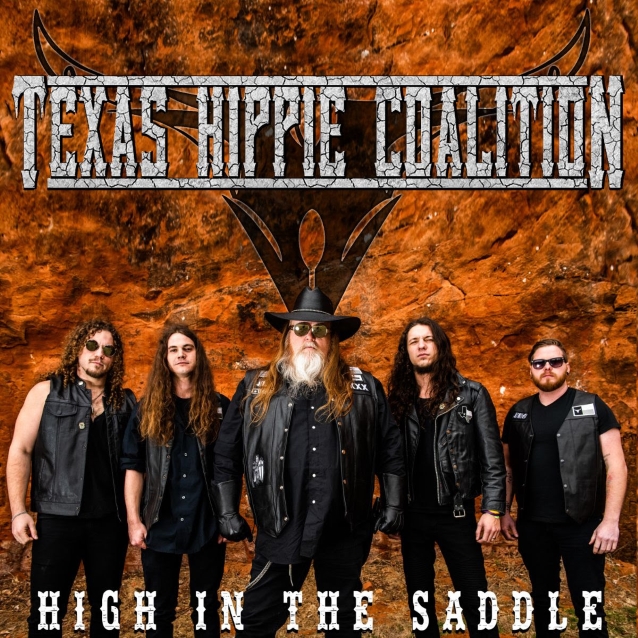