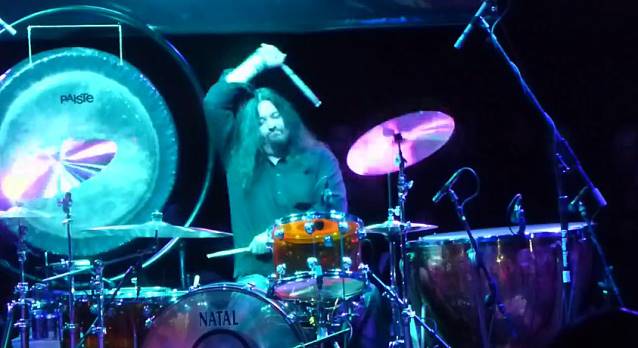 In an interview with DRUM! magazine, Hoglan said: "The very first song I learned to play was 'The Rover' by LED ZEPPELIN. Not that I was a huge Bonham fan, but that drum beat at the beginning was a really cool drum lick."

To this day, Hoglan has never had a drum lesson in his life. The one time he did submit to a lesson, it turned into an embarrassment for the would-be instructor. "I did a few double-stroke rolls and he was like, 'Um, I can't even do that, so I don't think this lesson thing is going to work out.'"