The cinematic character vocals from Eric Peterson on "Dreamland", a beautiful, symphonic progressive track with a fantasy twist, leave the listener electrified in his wake with "an echo's breath, a romance death!"

"It was a real treat to have Eric's unique vocals on this track," states LEAH. "My original demo went from having a mellow, CLANNAD-type feel to now almost dancing on the line of black-metal. I hope this is the first of many collaborations to come!"

"I've known LEAH for about 12 years; we've been friends since 2001," says Eric. "I jammed with her about eight years ago in Vancouver, and at the time it didn't work out because I was busy with TESTAMENT and DRAGONLORD, but we stayed in contact. This time around, LEAH contacted me to play on her new record and I thought she wanted me to play guitar. But when she told me she wanted me to sing, I was honored because LEAH is the kind of person that will sing right in the middle of a store and sound amazing, she's that kind of vocalist. She sent me the song and right away I knew exactly what I needed to do. She took my pattern, wrote some lyrics for me, we went into the studio and it was done! It was the easiest thing I've ever done.

"It's really great to finally be able to work together with LEAH and put out this great track. I can hear this song in a movie! A couple of people I've let hear thought it was the soundtrack to the new 'Snow White' movie! Ha!"

Eric Peterson is currently recording the new DRAGONLORD album and can reveal that LEAH will be joining him on a track similar to "Dreamland", and will also be lending her angelic voice for the choir vocals on the record.

In many circles, LEAH is described as a Celtic vocal goddess and the "Enya of heavy metal." LEAH's "Otherworld" is a five-song Celtic-metal masterpiece, which takes the listener from the stormy shores of an ancient era to fantasy landscapes to the battlefield of love and loss. LEAH's voice is utterly enchanting — exuding depth and control, yet ethereally fragile.

"Otherworld" was mixed by Christian "Moschus" Moos at Spacelab in Germany (DELAIN, EVERON, IMPERIA), and mastered at Eroc's Mastering Ranch.

From the coast of British Columbia, Canada, auburn-haired symphonic metal artist LEAH is drawing attention from all over the globe. Inspired by Celtic and world music influences such as CLANNAD and Enya to European symphonic and progressive metal influences, LEAH creates something magical and refreshing. Her debut album, "Of Earth & Angels", received international critical acclaim, including landing on "Best Symphonic Metal Album" Metal Storm Awards for 2012. 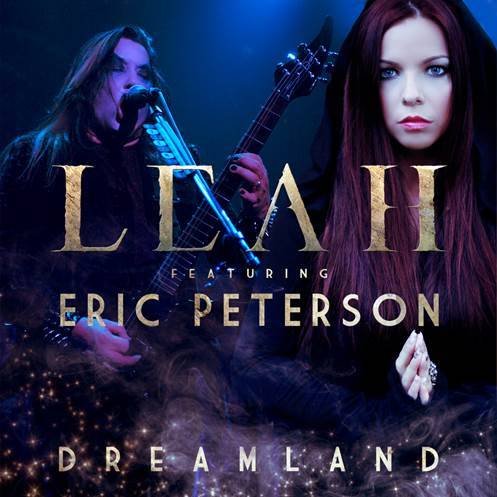