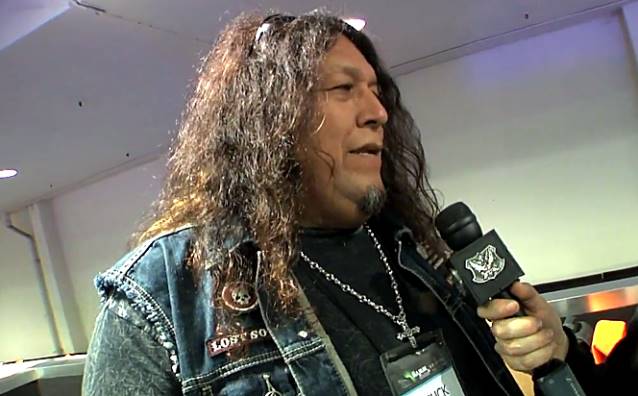 Vocalist Chuck Billy of San Francisco Bay Area metallers TESTAMENT was interviewed by Dean Guitars at this year's NAMM (National Association Of Music Merchants) show, which is taking place January 23-26 at the Anaheim Convention Center in Anaheim, California. You can now watch the chat below.