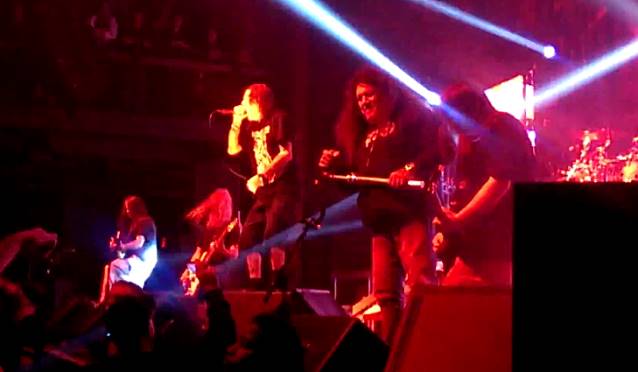 TESTAMENT frontman Chuck Billy joined LAMB OF GOD on stage on November 26 at The Fillmore in Silver Springs, Maryland to perform the song "Redneck". Fan-filmed video footage of his appearance can be seen below.

The special 10th-anniversary edition of LAMB OF GOD's "As The Palaces Burn" album has sold around 6,400 copies in the United States in its first week of release to land at position No. 64 on The Billboard 200 chart.

"As The Palaces Burn" has shifted more than 270,000 units since its May 2003 release, according to Nielsen SoundScan.