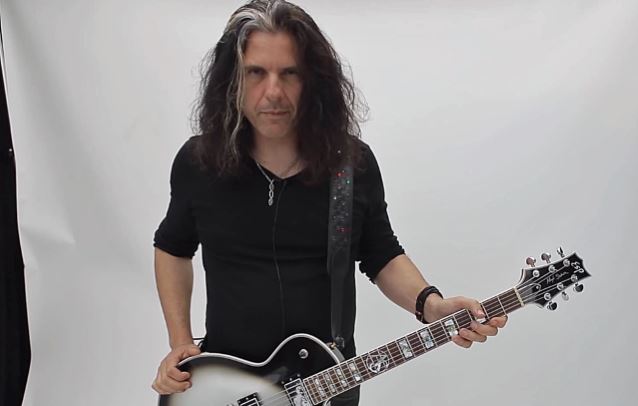 TESTAMENT and METAL ALLEGIANCE guitarist Alex Skolnick recently talked U.K.'s Total Guitar magazine through his ESP signature-model guitar, the AS-1. Check out the clip below.

Alex is a true guitar hero. At sixteen years old, he joined a group of twenty-somethings who'd formed a thrash metal band called TESTAMENT. Alex stayed with the band through several critically acclaimed albums and countless tours with, among others, SLAYER, MEGADETH, JUDAS PRIEST and WHITE ZOMBIE. After hearing and seeing one of Miles Davis' electric bands on TV, Alex relocated to New York City to play and study jazz.