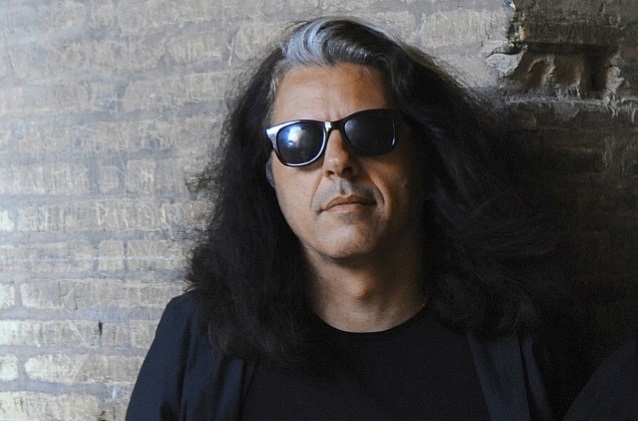 Meltdown of Detroit's WRIF radio station recently conducted an interview with lead guitarist Alex Skolnick of San Francisco Bay Area metallers TESTAMENT. You can listen to the chat via the widget below. A few excerpts follow (transcribed by BLABBERMOUTH.NET).

On taking part in the North American leg of SLAYER's "farewell" tour:

On how he stays busy while on tour with TESTAMENT:

Alex: "Yeah, the show is only, even when we headline, the show is about 90 minutes, I think. You know, there's a bunch of time during the rest of the day, especially midway through the tour when we don't need to soundcheck, the sound is dialed in. During that time, that's the great thing about modern times, technology, you can bring a laptop on the road and you have a little recording studio with you. So, I'm able to work on music during the day, send it to other artists that I'm working with. Warming up for the show is the big incentive just to play your best. If I'm not touring, it's hard to get at the level that people want to hear myself play. [Laughs] It's kind of like every time you record, you set the bar for yourself for the next record. Touring helps you keep up at that level. One of the ways I prepare for each show is to work on new music and study new music, even if it's a completely different genre; most of the time it is. That helps me play my best during concerts with TESTAMENT."

On the status of TESTAMENT's next studio album, which is tentatively planned for a 2019 release:

Alex: "There is that and then there's these great opportunities that come up. How can we say no to the SLAYER farewell tour?"