According to a new tweet from TESTAMENT guitarist Alex Skolnick, he is currently "holed up" in a San Francisco Bay Area motel with fellow TESTAMENT axeman Eric Peterson and their guitars and mini-amps writing tunes for the band's next studio album. Skolnick says: "[We have] great ideas so far!" 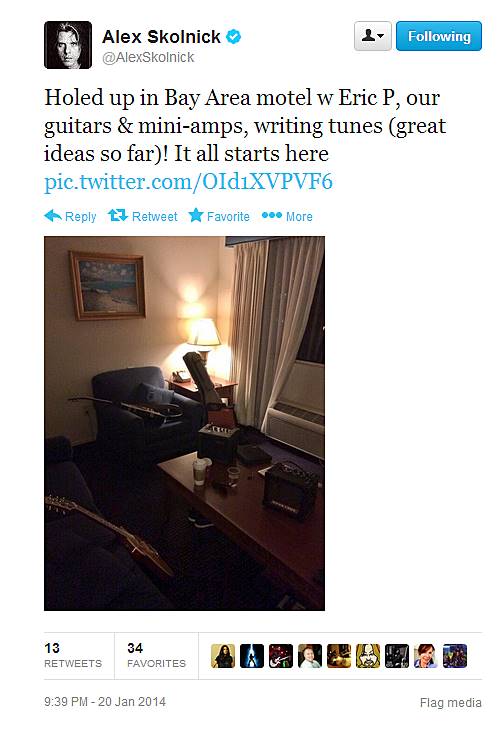