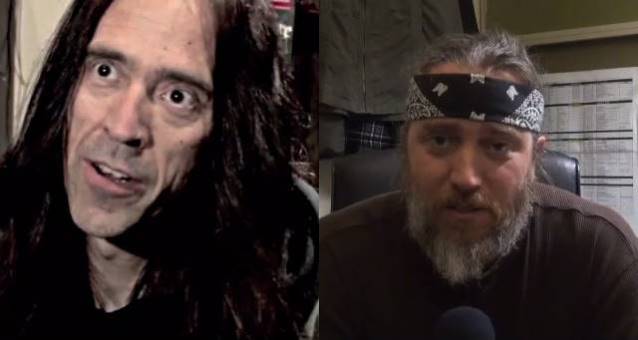 "It is with much respect that we announce our mutual parting with bassist Greg Christian. Metal fretless bass pioneer Steve DiGiorgio will be returning to TESTAMENT.

"Steve previously was a member of TESTAMENT on 'The Gathering' (1999) as well as 'First Strike Still Deadly' (2001). He will be joining TESTAMENT on their upcoming shows in Australia on the Soundwave Festival, Japan and Mexico City. Steve will also be taking part in the new TESTAMENT album.

"We are looking forward to continuing the momentum you, the fans, have made possible."