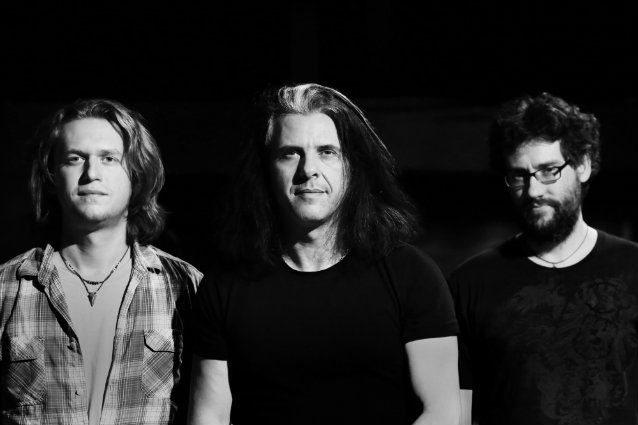 A televised performance of the MILES DAVIS ELECTRIC BAND in the late '90s led guitarist Alex Skolnick to New York City, where he immersed himself in the jazz world. For the past decade, Skonick has led a double life as a member of TESTAMENT, the seminal thrash metal band he joined at the age of 16. In the summer of 2016, he's both toured Europe with TESTAMENT and performed with Miles's keyboardist, Alan Holzman.

Due on September 16 via Skol Productions, "Live Unbound" marks the first live album from the ALEX SKOLNICK TRIO (AST), featuring Skolnick alongside his longtime bandmates, Nathan Peck on bass and drummer Matt Zebroski.

Recorded live in December 2014 for a gathering of friends at Spin Studios in New York City, "Live Unbound" pairs five of Alex's compositions with reimagined versions of "Dream On" (AEROSMITH) and "Still Loving You" (SCORPIONS). The latter two are from Musiktheater Piano in Dortmund, Germany, during AST's European tour in 2016.

"This recording says that we don't have much use for limitations," says Skolnick. "Our live performances can take us anywhere, from the spirit of quintessential jazz guitar trios to distortion and chaos. It's all possible."