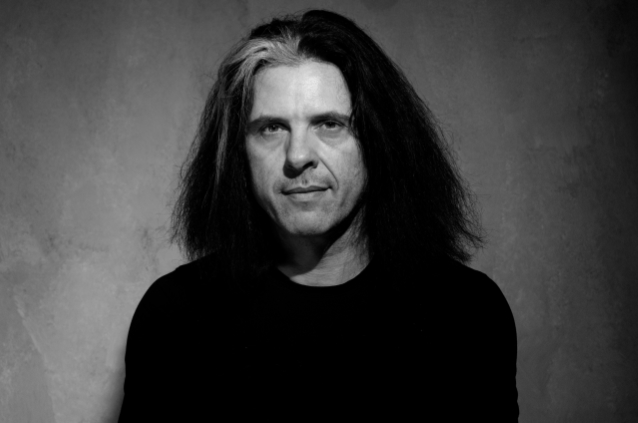 During a recent interview with Metal Wani, TESTAMENT and METAL ALLEGIANCE guitarist Alex Skolnick was asked if he was "confident or concerned" about the future of music when it comes to the artists' ability to survive. He responded (hear audio below): "It's very unpredictable. The whole industry was built… first it was built on records — primarily vinyl recordings as well as cassettes and the occasional other medium. And then, from late '80s into the '90s, you had this whole period of the industry being built on CDs, including the reissue of older stuff that had [originally] been made for vinyl and the vinyl disappearing. And now, the CD is sort of a collector's item and vinyl is back, which I think is a really good thing. And the primary way that people listen to [music] is files, and the primary way that bands make a living is touring. So nobody could have seen that coming or could have predicted that. But there's no sign that the enthusiasm for music is going anywhere — especially if you see these shows that we're doing; these are mostly sold-out shows. And people are excited, and people continue to want music. So I think we're gonna continue creating music as long as there's an audience to listen to it."

TESTAMENT frontman Chuck Billy said in a recent interview with "Talking Metal" that the band is hoping to enter the studio in January to record the follow-up to 2016's "Brotherhood Of The Snake" album. He also confirmed that TESTAMENT is planning to use British metal producer Andy Sneap (JUDAS PRIEST, ACCEPT, ARCH ENEMY, SAXON, MEGADETH) once again to mix the upcoming disc.

"Brotherhood Of The Snake" was recorded under the watchful eyes of producer Juan Urteaga (EXODUS, HEATHEN, MACHINE HEAD), guitarist Eric Peterson and Billy and was mixed and mastered by Sneap.