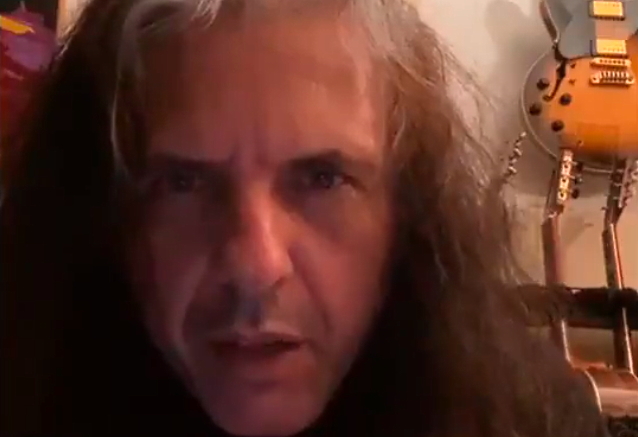 Earlier today, Skolnick took to his Twitter to respond to a news report about a woman in California who railed against "Democratic pigs" and screamed at employees after they asked her to wear a mask while inside a Trader Joe's store.

After one Twitter used shared video of the woman's rant, Alex posted a short message in which he poked fun of those individuals who feel like wearing a mask is an infringement of freedom.

"'Our freedom. You can't tell me to wear a mask,'" Alex said, mocking people who have adopted the mask-as-submission rallying cry.

"I'm sorry. I have to vent to you guys. This is the stupidest thing I've ever heard.

"You're gonna make it political, wearing a mask? Wearing a mask and going indoors to restaurants and breathing on everybody, making that political? I have to say it's the dumbest thing I've heard since Freedom Fries," referring to the "patriotism" fad from the early 2000s — refusing to eat french fries to protest France's opposition to the U.S.-led war on Iraq.

Skolnick lives in Park Slope, Brooklyn, New York, which was one of the hardest-hit areas in terms of COVID-19 cases.

Two weeks ago, the U.S. Surgeon General urged people to wear face coverings, saying they will promote freedom during the coronavirus pandemic.

"Some feel face coverings infringe on their freedom of choice- but if more wear them, we'll have MORE freedom to go out. Face coverings [leads to] less asymptomatic viral spread [leads to] more places open, and sooner!" Dr. Jerome Adams wrote on Twitter.

In a study published earlier in the month, researchers from Texas A&M University, the California Institute of Technology and the University of California San Diego, concluded "that wearing of face masks in public corresponds to the most effective means to prevent interhuman transmission."

In early April, the Centers For Disease Control And Prevention issued new guidelines that Americans should wear face coverings in public.