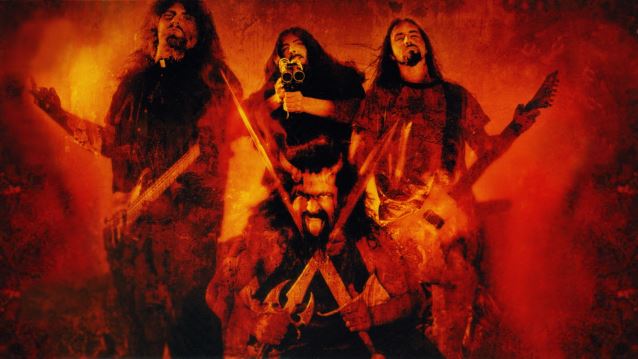 ZIMMERS HOLE's most recent album, "When You Were Shouting At The Devil...We Were In League With Satan", was released in March 2008 via Century Media Records.

Born in 1991, ZIMMERS HOLE has been Byron and Jed's significant other band when not busy with STRAPPING YOUNG LAD or FEAR FACTORY. In the beginning, it was always just a way of spending the weekend drinking far too much and writing absurd songs. As time went on, the group "matured" somewhat, although maturity is highly overrated as far as these guys go, but two remarkable albums ("Bound By Fire" and "Legion of Flames"), a series of successful tours and a string of absolutely unforgettable shows soon followed, putting the mighty ZIMMERS HOLE on the lips of many. 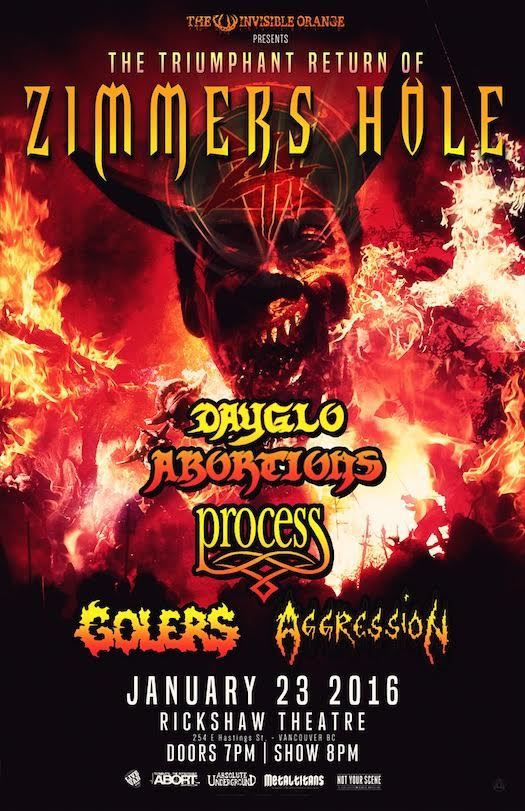