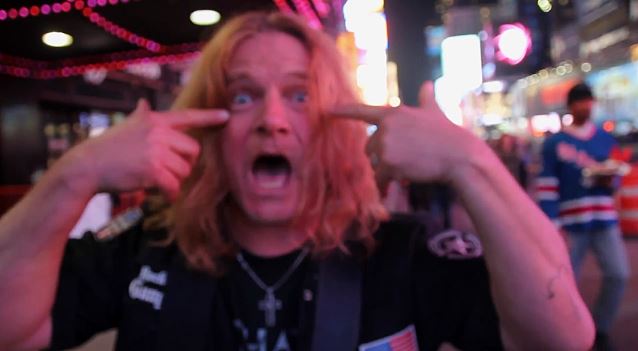 "New York City", the new video from TESLA guitarist Frank Hannon, can be seen below. The track is taken from FRANK HANNON BAND's new album, "World Peace", which is available at FrankHannon.com.

Says Hannon: "When I was offered the gig to return to 'That Metal Show' as guest guitarist this season by my good friend Eddie Trunk, the wheels in my mind immediately started turning as to how could I make best use of the trip to the East Coast. Of course, my first idea was to book a few club shows, both before and after the Tuesday taping in the city… and within a few hundred miles. So my agency, ARM Entertainment, were lucky enough to find a few clubs. Then it dawned on me… what better place to shoot video the the awesome city of New York!?! So I asked Kelly Smith to bring his camera along and plan to make a video for 'World Peace' the song. My ideas were to ride the subway, and film the statue of liberty, the World Trade Center memorial site, and basically the three of us in New York doing a mellow vibey video for the title track of the album (we did shoot this as well and it is coming soon!)."

He continues: "Well, being the workaholic that I am… I came up another crazy idea to hit times square and shoot some fun stuff for the 'New York City' song as well… Heck, why not since I did actually write a song about the place!!!

"After working all day at the taping of 'That Metal Show' on Tuesday night, David Ungar, the representative of BlackStar Amps graciously drove Aaron, Kelly, Joe and myself down to times square at 11 p.m., and at 30 degrees cold to run around going crazy in the video you're about to see. It was all shot in a matter of one hour on Broadway and 7th Avenue in freezing temperatures. The funny part is that nobody bothered us, not even the cops! All the people around us basically ignored us! Until the very end clip you see a guy flipping me off, which was funny as hell!!"

Featured songs include powerful, heavy protests such as "The Picture", "Electric Chair", "Born Free" and the happier positive melodies of "Lucky 13", "Down The Road" and "Break The Silence". Both the title track and the album "World Peace" not only showcase Hannon as a powerful lead singer and shredding lead guitarist, but also a prolific songwriter. The recognizable sound of TESLA is evident here, but the sound of an unleashed artist is also heard. 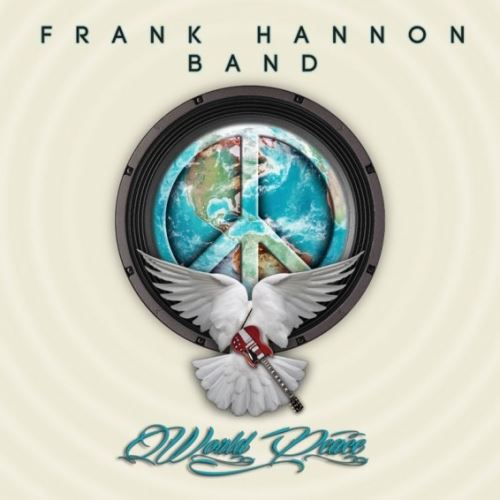