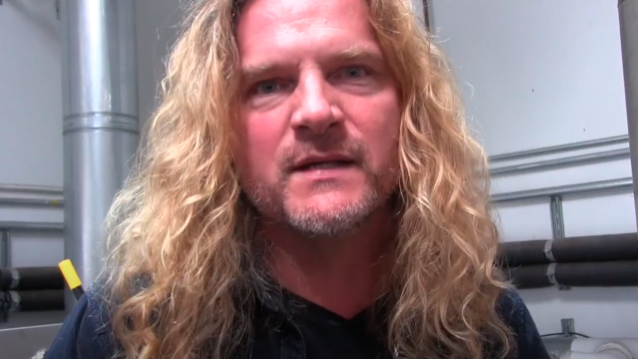 TESLA guitarist Frank Hannon says that he disagrees with calls to "defund the police" in the United States.

Protests around the country in the wake of the deaths of George Floyd, Breonna Taylor and Ahmaud Arbery have reignited conversations about the role of police in society, with some abolitionists advocating for dissolving existing police departments, like organizers with the Minneapolis police abolitionist group MPD150. Others only want to shrink police departments and their budgets and reinvest those resources in starved social services without getting rid of police entirely.

Hannon addressed the hot-button issue during an interview with "The Eddie Trunk Podcast". He said (hear audio below): "I do not agree with this defunding the police garbage that's going on. I support the police. Everyone hates the cops until you need a cop. And I've been in situations where I've needed the help of the police.

"I saw a story about a New York police officer," he continued. "She was a black female officer, God bless her heart. She was murdered, and now her daughter is raising the other kids by herself.

"It's just so sad to see how these people are being treated. I mean, these are the people that were running into the World Trade Center to help people when [9/11] went down.

"I support the police," Hannon reiterated. "I don't believe all this stuff that's going on about that myself. I think they definitely need to examine and weed out the bad cops that have a bad record. I mean, that was horrible, what happened to George Floyd and other people, injustices that have happened to not only black people, but white people, Asian people, Italians, Irish — everyone has definitely been affected by injustices. So they do need to examine and reform that. But totally getting rid of the police is just ludicrous."