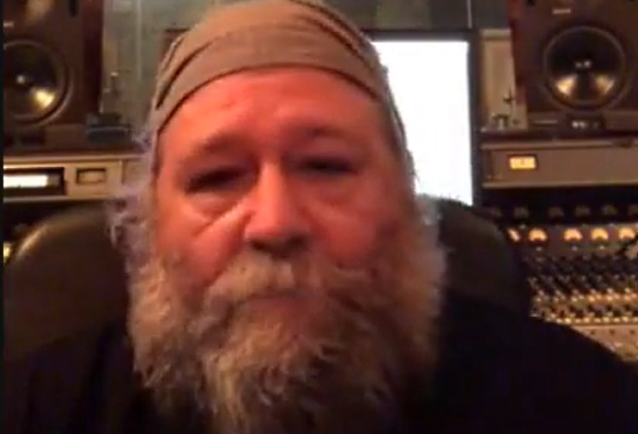 TESLA bassist Brian Wheat, who is promoting his recently released autobiography, "Son Of A Milkman: My Crazy Life With Tesla", spoke to MetalAsylum.net about his friendship with DEF LEPPARD singer Joe Elliott.

"The first guy [in DEF LEPPARD] I bonded with was [guitarist] Phil [Collen]," Brian said (as transcribed by BLABBERMOUTH.NET). "When we were in England, that first tour [with DEF LEPPARD], Joe wasn't around; he was preoccupied or whatever. He said he wasn't around. And he wasn't — in fairness to him, they would come in later and stuff. But you would see him at soundcheck or whatever. And I just thought, 'Maybe he doesn't like us,' or whatever. And then, when we got to Glens Falls, New York, and we were doing rehearsals for the 'Hysteria' tour, he was in the room next to me one night, and he came and knocked on the door. He could hear me and Frank [Hannon, TESLA guitarist] in there, and he hung out. And me and him bonded over the love of Paul McCartney and WINGS. And from that day on, we were pals. That whole tour, I'd always go out to movies with him or dinner, or hang out with him. He's always been the kind of guy that's like a big brother to me in a band. And if I have a problem in TESLA or something, because he's in a band like I am… If I need advice, I can go to him for advice. He's a great friend of mine. He's like a mentor; he's like a big brother in a rock band."

He continued: "I don't have a lot of friends in bands — him and Jimmy [Page], and that's it. For me, [Jimmy Page] and Paul McCartney were my heroes when I was a kid. Joe Elliott wasn't my hero when I was a kid. But he's my hero now. I mean, Joe Elliott — no one can take the piss out of him. He's hard-working. He made that band and he's kept that band together. And you've gotta respect him, whether you like DEF LEPPARD or not."

Elliott wrote the foreword to "Son Of A Milkman: My Crazy Life With Tesla", which arrived on December 15 via Post Hill Press. In this 304-page hardcover book, Wheat lifts the lid on living the rock 'n' roll life while struggling with anxiety, depression and other issues seldom discussed by musicians.