California rockers TESLA will enter the studio on Monday, February 3 to record eight or nine new songs, to be included on the band's forthcoming album. Right now, the band is going through each song, working on all the details of the parts, including the tempos, as you can the on the board in the photo below. 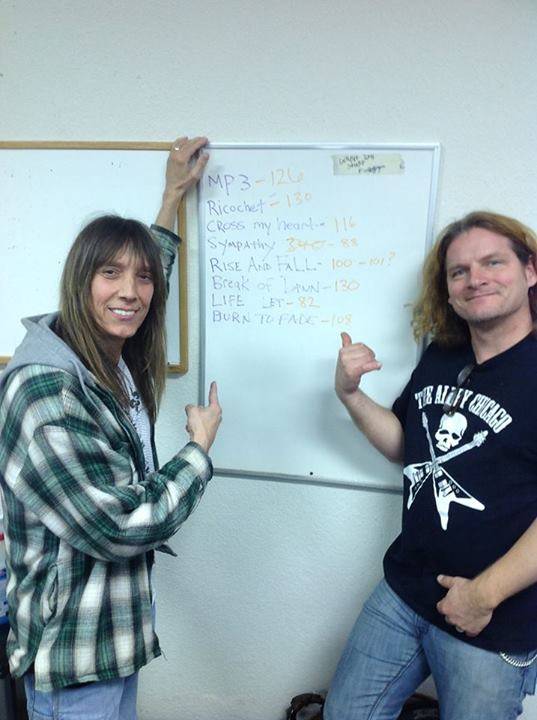