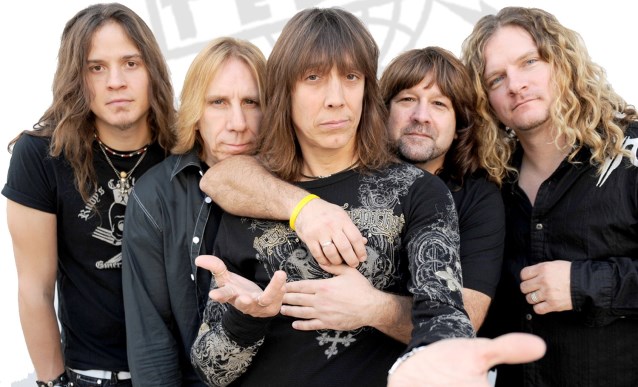 California rockers TESLA last month entered the studio to record eight or nine new songs, to be included on the band's forthcoming album.

Says TESLA guitarist Frank Hannon: "I must say that this new TESLA album is really gonna be awesome.

"We went in more prepared with the songs and ideas way more than 'Forevermore', and the style is pure TESLA back to our roots.

"The band is working and producing it as we did 'Into The Now'... with help from the legendary Tom Zutaut, who helped us make our best albums.

"The title of the new album is gonna be 'Simplicity' and I truly believe you guys are gonna love it!"

He added: "The opening track is called 'MP3' and starts off with an opus intro that orchestrates into a heavy slow groove with lyrics about technology and how we miss simplicity, vinyl albums, family values... and has a heavy-ass riff! Then we segue into a rock and roll song called 'Ricochet' that talks about Uncle Ted...