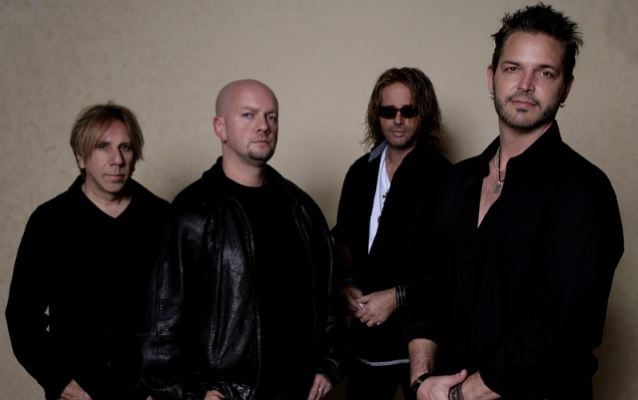 SAVILLE ROW, the band featuring TESLA drummer Troy Luccketta, has just released its debut album, "The Way Around It", via Varese Sarabande Records.

SAVILLE ROW began 2011 when Luccketta introduced Mika Greiner, former vocalist for the West Coast band REDLINE 5, to Marc Bonilla (TOY MATINEE, Keith Emerson, Ronnie Montrose), prominent guitarist and composer in the L.A. music scene. Marc and Mika began writing material in between television and movie projects and quickly formed a rhythm and synergy between the two of them.

After the writing sessions were near completion, Troy came in to handle drums and assist with the recording process and arrangements. The trio was now ready to expand to a full band and needed to recruit a fourth member to complete the lineup. After an exhaustive search they found bassist Travis Davis, who had responded to a national ad. The newly formed SAVILLE ROW spent the next three years honing their musical chemistry through live performance and recording "The Way Around It" with producer Ryan Greene (DISHWALLA).

SAVILLE ROW's song "Last Goodbye" has been featured twice in the hit show "Justified", which Bonilla composes for, alongside Steve Porcaro (TOTO), and performs all the stringed instruments as well. They have also been internationally featured on the NBC hit show "Las Vegas" with their ballad "Hard To Let Go", as well as a collection of other television shows and films — all of which have created a groundswell of reaction from viewers coast to coast and abroad.

"The name SAVILLE ROW came about as a tribute to the street in Mayfair, Central district of London, known internationally for its world-class tailoring and site for the infamous rooftop concert — THE BEATLES' final live performance," Bonilla explains. "Historically, it was originally the site of a pig farm, then continually grew in stature throughout time into what has been a renaissance of high-end artisans. It provided us with a symbol for achievement in the music we produce."

He adds: "The album itself has been gestating over quite a span of time, but we stayed with it, because the band felt they were on to something special and we were determined to see the light of day with it.

"With the music industry in such a state of transition, from radio and record companies to self-perpetuated social media, it's been a challenge for any independent band to reach their audience. But we’re determined to have a say in that.

"We've always felt that if we bring the music to the people, they would respond. We've kept that ember burning in our shirt pocket and never let it go out.

"Our hope is that the wind of popular opinion will catch it and fan it into something listeners will relate and resonate to."

Regarding the lyrical themes covered on "The Way Around It", Bonilla states: "'The Way Around It' deals with relationships and how we define ourselves through them, overcoming barriers and obstacles as we continue to grow and evolve emotionally. The first half of the album deals with the downside we sometimes encounter in any relationship, while the second half of the album focuses on healing and the self-awareness that comes with it. Human probability and outcome."

"The Way Around It" track listing: 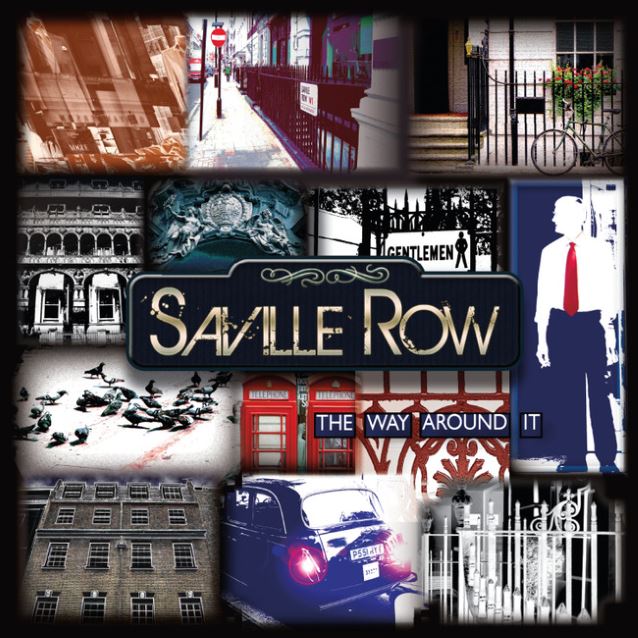